6 years ago at 9:37 am ET
Follow @SteveB7SFG
Posted Under: Patriots Injuries 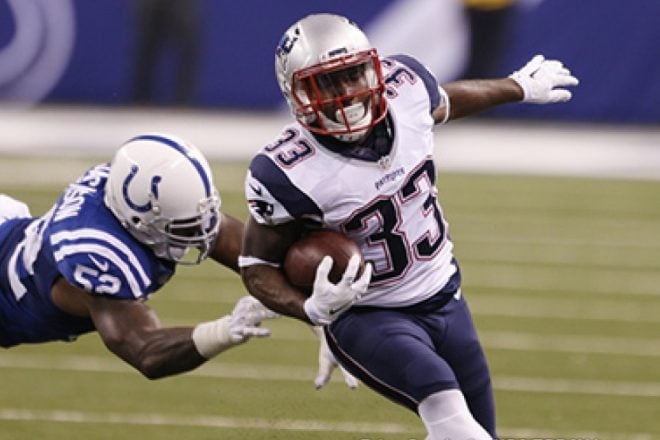 The Patriots are about to get a bit deeper at the running back position as NFL.com’s Ian Rapaport posted on Twitter that Dion Lewis is set to return from the PUP this week. 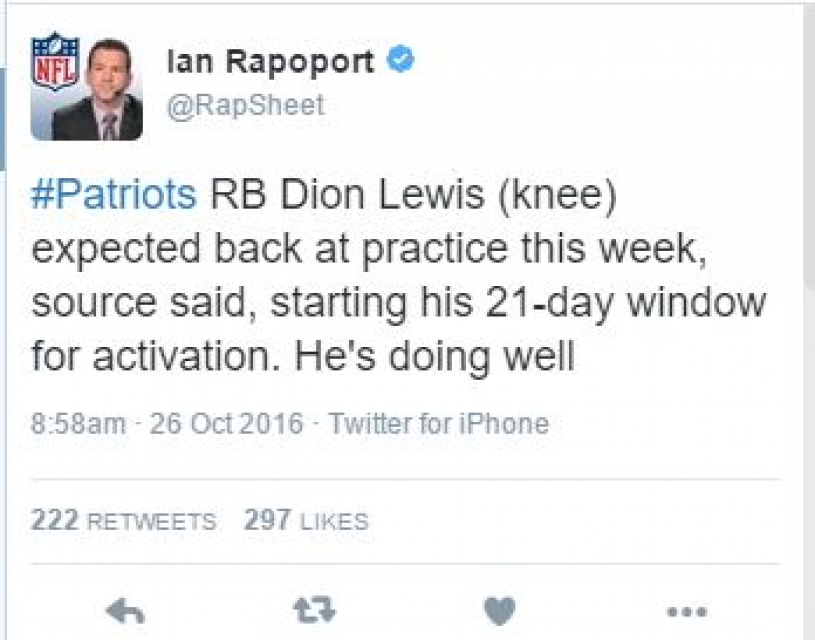 Once the Patriots begin practicing Lewis, it will open a 21-day window that the Patriots will either activate Lewis, place him on IR or release him. With things going so well with LeGarrette Blount and James White in the backfield, there is no need to rush Lewis back so it wouldn’t be a shock if the team took nearly the entire 21 days.

Bill Belichick was asked this morning if Lewis was indeed coming back to practice. In typical Belichick fashion, he answered laconically “If he is, we’ll let you know.”

Lewis was a dynamic playmaker for the Patriots a year ago. While he is a different sort of runner and receiver than White, the passing game hasn’t suffered at all this year. Lewis is a better runner in the rushing attack but again White has made significant improvements this year.

Now they’ll have a pair of receiving backs that are dangerous in open space. Expect the Patriots to ease him into things slowly, but this is definitely good news for the offense, and the team.