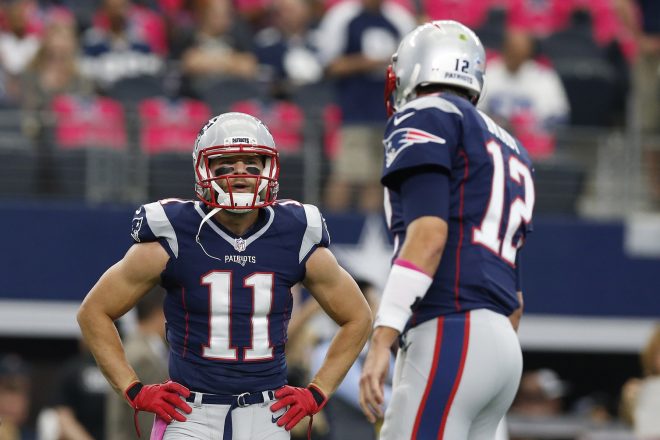 The New England Patriots will play the Cincinnati Bengals on Sunday afternoon at Gillette Stadium in Foxboro. Kickoff is scheduled for 1:05 p.m. The game will mark the first home game for Tom Brady, fresh off of his suspension and the crowd should be fired up for the start of this one.

The Patriots (4-1) routed the Cleveland Browns 33-13 on Tom Brady’s return to the field on the road Sunday. Brady threw for 406 yards and three touchdowns, all of them to tight end Martellus Bennett as he and Rob Gronkowski were more than the overmatched Browns defense could handle.

The Bengals (2-3) were embarrassed by the Dallas Cowboys 28-14 on Sunday in Dallas. The score wasn’t indicative of the game as the Bengals were essentially blown out and down 28-0 in the second half. The Cowboys ground game churned out 180 yards rushing and rookie QB Dak Prescott was impressive both running and throwing against the Cincy defense. Brandon LaFell scored two late touchdowns for the Bengals making the score respectable.

Series History:
The Patriots and Bengals will meet for the 25th time on Sunday. The Patriots hold an all-time 15-9 edge including a big 9-2 advantage at home.

The Patriots beat Cincinnati 43-17 in the famous, “We’re on to Cincinnati” game from two years ago. After being embarrassed in KC and questioned openly by the national press, the Patriots blew out a previously undefeated Bengals team and rode that momentum all the way to a Super Bowl victory. They had tremendous balance in that one with Brady having 285 yards net yards passing and the backs rushing for 220 more.

Now Cincinnati is the one struggling at 2-3 and after a bad loss on the road to Dallas, they may be the ones at a crossroad. Since Bill Belichick took over in 2000, the Patriots are 6-2 against Cincinnati with both losses coming on the road.

By: Robert Alvarez
The Patriots show off their customized cleats for the NFL's annual "My Cause, My Cleats" campaign over Instagram.
18 hours ago