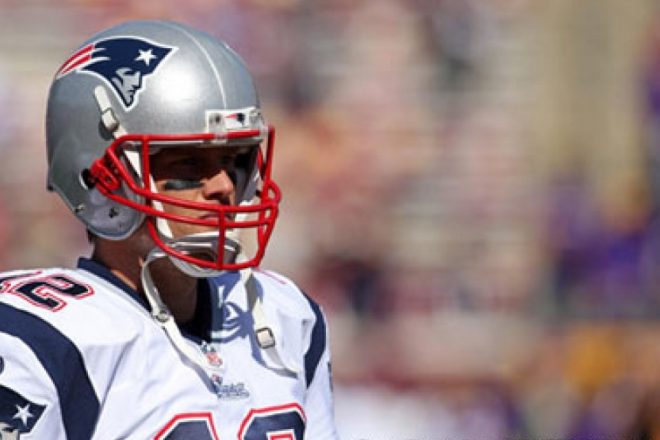 On Thursday morning, former New England Patriots wide receiver Wes Welker appeared as a guest host on Miami sports radio station WQAM’s “The Joe Rose Show”  and revealed that he had reached out to Tom Brady originally just on dinner plans as he will be in the Boston area this weekend to do an undisclosed “spoof deal.”

Brady had other ideas in mind.

“I hit him up to do dinner Saturday night. He’s like, ‘I’m going to be flying in from Ann Arbor later, but how about that morning we go throw?’ And I’m just sitting there, I’m like, ‘I was just thinking about dinner. But yeah, sure. I’ll get over there early and we can throw a little bit. Thats the only thing we really have planned.”

“It’s just funny.” Welker said. “I’m sitting there trying to have dinner and ‘Hey, get your ass up here and let’s go throw.’ I’m like, ‘Aw, jeez, man.’ He’s going to have me running like 2-minute drill in his backyard or something.”

Brady himself has not publicly stated what he’s doing to keep himself in shape for his week 5 return against the Browns other than a little backyard catch with his wife Gisele Bundchen courtesy of her Instagram account.

In other ventures, Brady will be an honorary team captain at his alma mater University of Michgan’s game against the University of Colorado on Saturday.

Special guest host @WesWelker is in the building! Tune in now on @560WQAM