Patriots RBs vs Cardinals Front Seven – Razor’s Edge Arizona
The Patriots running game was mired in neutral for much of 2015. Injuries to Dion Lewis and LeGarrette Blount as well as to the offensive line hurt. They ended up rushing for only 87 yards per game a year ago, which was good for only 30th in the NFL. 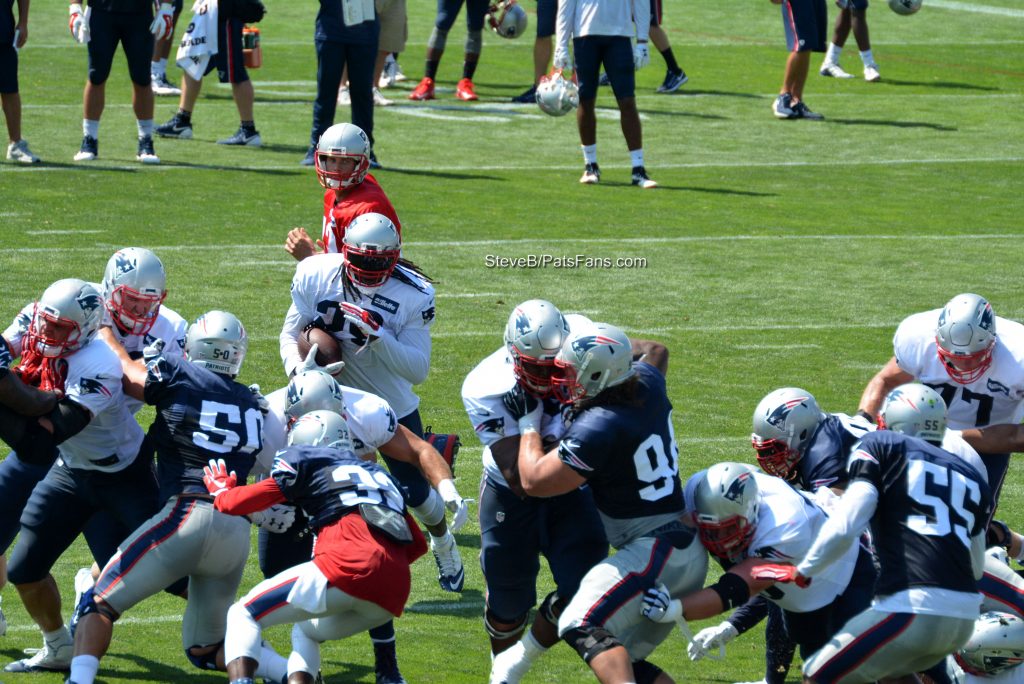 Blount has help the passing game but taking the pressure off of Jimmy G. Sunday

Arizona was very stout against the run a year ago, allowing only 91 yards per game which was sixth in the NFL.  NT Corey Peters and DE Calais Campbell anchor the ‘Zona defense which is fast and athletic.

The Patriots have Blount returning as well as FB James Develin who missed 2015 with a broken leg. Look for the Patriots to run at Chandler Jones’ side utilizing the tight end matchups with Rob Gronkowski and Martellus Bennett. Jones has stated that he had this one circled since the spring and is going to be aggressive. He’s always been inconsistent against the run and they’ll try to take advantage of his aggressiveness. Will it be enough? They may give rookie D.J. Foster a few touches as well.

Patriots WRs vs Arizona Secondary – Razor’s Edge Arizona
The Patriots passing game was outstanding for most of 2015 until injuries slowed them down the stretch. But now they’re beginning the season without Tom Brady at the helm for the first time since 2001. Jimmy G. is making his first career start but has plenty of weapons around him.

The two tight ends, Julian Edelman, Chris Hogan and James White out of the backfield, as well as Danny Amendola and rookie Malcolm Mitchell gives him plenty of targets in the passing game. Of course any talk about the Patriots passing game has to include the protection which was bad for much of the year, including down the stretch.

The Arizona defense struggled a year ago to pressure the QB without blitzing which they did 40 percent of the time in 2015, more than any other team. They added Chandler Jones and Robert Nkemdiche this spring which should boost their pass rush. They like to blitz the undersized but versatile Deone Bucannon up the A-Gap which creates havoc. Look for DC James Bettcher to come after Garoppolo all night. The spark plug of the defense returns, Tyrann Mathieu, who tore an ACL in December.

The weakness of the Cards defense is at corner. They have one of the best in Patrick Peterson but opposite him are question marks. Brandon Williams will get the start, the rookie third-round draft pick is talented but still raw. Three-time Pro Bowler Justin Bethel is still recovering from an injury and looked rusty in his preseason action. The Cards traded for backup corner Marcus Cooper in a trade with the Chiefs.

It isn’t crazy to think Garoppolo will struggle in his first start. I think he’ll be able to move the ball between the 20-yard lines, but his lack of experience and a consistent running game will hurt him in the red zone.

Next up the Arizona offense:

By: Mark Morse
Now to the fun part the Linebackers and Edge players.  This should be an exciting group this season with the veteran Free Agent signings, the…
5 days ago

By: Ian Logue
Some Patriots and NFL News for Tuesday 7/20.
5 days ago

By: Russ Goldman
This is our ten year anniversary of this podcast as we looked back in the past, but we also talked about the upcoming season for…
6 days ago

By: Steve Balestrieri
with the Patriots going to a two-tight end set it will allow Josh McDaniels to use Smith as a chess piece. Look for him to…
1 week ago