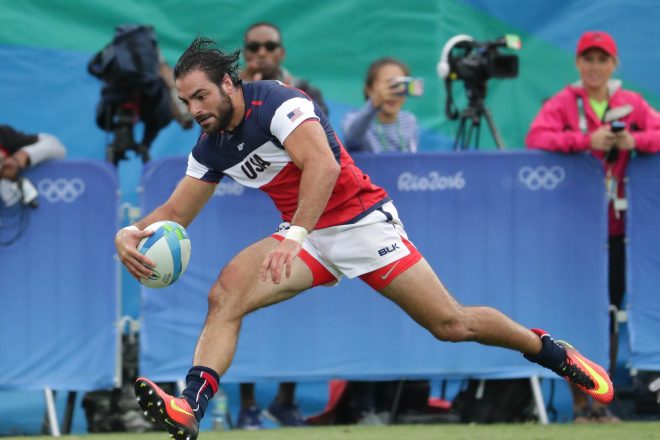 Very Grateful for the Support, but now is all about football

Patriots safety and special teams’ standout Nate Ebner spoke to the media for the first time Sunday since his return from the Olympics in Brazil. And judging from his comments, he hasn’t forgotten a thing about what makes the Patriots go. And that is focusing on your job.

While he loves the sport of rugby, the Olympics for him were over as soon as the US rugby team’s schedule was done. While finishing a disappointing ninth, the US squad finished on a high note. They defeated Spain in their final contest on August 11. Then for Ebner, it was time to get back home and get back to work. “Do Your Job” as it were.

It went by quick,” Ebner said. He was still wearing a USA hat turned backward and team USA shorts in the Patriots locker room.

“I just put my head down to get the work done to be part of that team and then go on tour around the world for a little bit and then the Olympics comes around and you make the squad and you go — and I’m here. It goes by quick.” 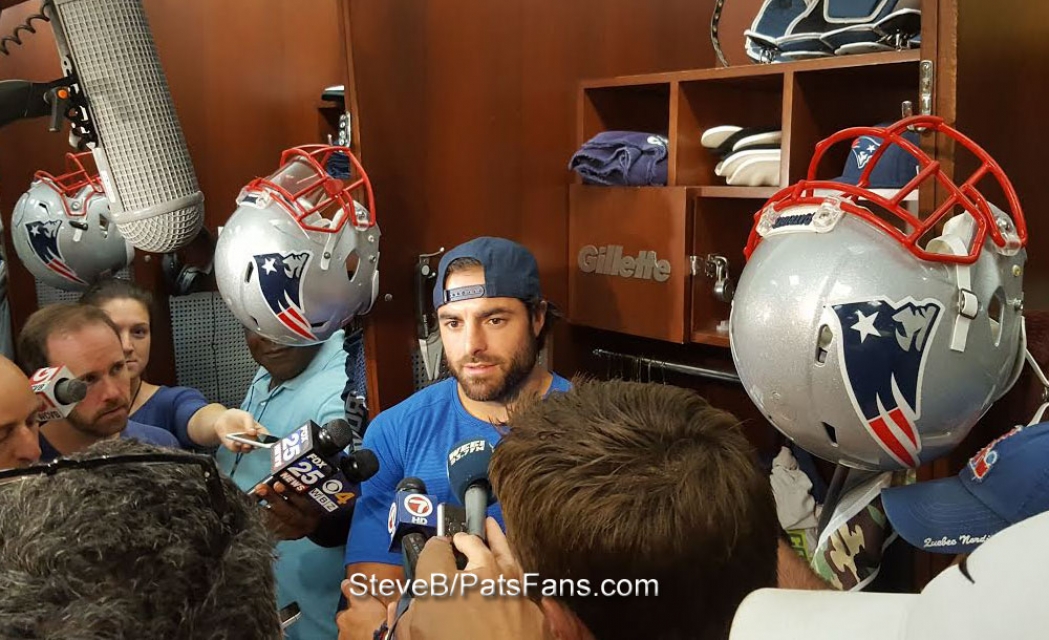 So quick that once the schedule was done, he skipped the “Olympic experience” and got back to Foxboro to get his football career back on track. He was dressed for the joint practices with the Bears just five days after playing rugby in the Olympics.

Ebner was asked about taking in the Olympics and watching other sports and spending time with other athletes. “I got to see a lot of the Olympic village,” he said laughing. “We just came to do a job. We trained most of the time. I trained every day, multiple times a day, then the games and more practice. We were located away from the main area.”

He mentioned that some of the other athletes have been sending him messages about their experiences in Rio, which he missed out on since there were other obstacles to tackle back in Foxboro. He did mention that he got to watch the US basketball team practice and got his picture taken with Kevin Durant. But as far as sightseeing, that was it. Bill Belichick, somewhere else in the facility had to have been smiling.

Asked about any changes he had to go thru transitioning from football to rugby, did he have to lose weight, or change his body type, he said no. He mentioned the amount of running needed but said although he may have lost a few pounds due to the cardio involved, he feels basically the same.

Despite the tough job of trying out and making the national team, Ebner said he was deeply touched by the support of his coaches, teammates and the rest of the Patriots organization. And is profoundly grateful.

“I didn’t know anything like that was going to happen,” Ebner said. Just from the amount of support that my teammates showed me texting me, calling me, and seeing how things are going,” he added.

“The coaches, the support they showed me through the whole thing, not just the Olympics, asking me how my journey was going. I can’t say enough about these guys here. It meant the world to me to have that support, especially in a very difficult training environment.”

“The support I was shown through the whole experience was amazing,” Ebner said. “I can’t say enough about that.”

Ebner said it was difficult to compare his experience at the Olympics to his previous experience playing for the Patriots in the Super Bowl. He said you can’t really compare the two, being the sports are totally different.

After getting back to the states so quickly, he was in uniform for the Bears game although he didn’t play, but sounds like he’s itching to get back on the field.

“Right now, I’m focused on today,” he said, “and then I’ll focus on tomorrow, taking it one day at a time to get myself back going. We’ll just see what happens. I don’t really have a set plan.”

That’s the Patriot Way, just “Do Your Job”.