6 years ago at 7:06 am ET
Follow @IanLogue
Posted Under: Uncategorized 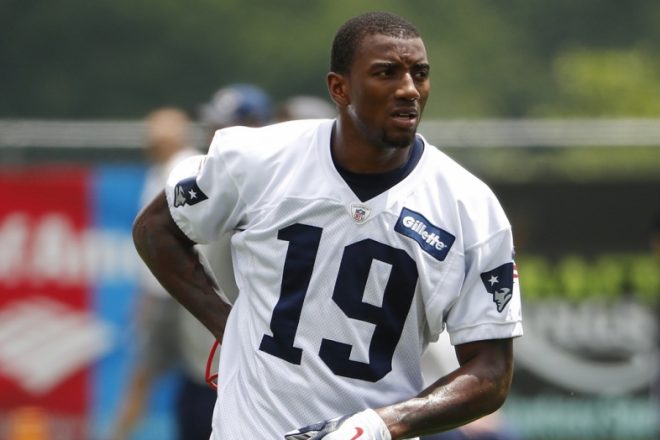 Seeing Malcolm Mitchell go down with a gruesome arm injury Thursday night was tough to take, but it sounds like the news might not be as bad as it looked.

According to the Boston Herald’s Jeff Howe and Karen Guregian, Mitchell suffered a dislocated elbow and could be back on the field in as little as four weeks. That’s terrific news given how bad it looked, as he was rushed by trainers and taken to the locker room immediately after it happened.

Prior to his injury he led the team with 4 catches on 5 targets for 55 yards. He showed some good moves and looked smooth out there against the Saints as he continued to build on what had been a pretty strong preseason.

Hopefully when he comes back he can pick up where he left off, but his loss certainly thins out a wide receiver position that is already in rough shape to begin with so far this preseason.