6 years ago at 6:25 am ET
Follow @SteveB7SFG
Posted Under: Patriots Commentary

The Patriots will conduct their first practice of training camp later this morning and we’ll get our first look at the 2016 version of the team. The Pats signed two more players on Wednesday, guard Jon Halapio and TE Bear Pascoe bringing the roster to the 90 player limit. The team received a roster exemption for safety Nate Ebner who is with the US Olympic Rugby Team in Rio.

Considering all the new blood the team brought in for the interior of the offensive line this offseason, the addition of Halapio who was a Patriots 6th round draft choice back in 2014, can’t be considered encouraging news for the short-term availability of Tre’ Jackson, Josh Kline and Shaq Mason who were missing from spring workouts due to injuries.  They begin the season on the Physically Unable to Perform List (PUP). All three however, can come off of PUP at any time.

Halapio was one of the final cuts of the Patriots training camp in 2014 and spent time on the Broncos practice squad and the Cardinals last summer. He also played in the Fall Experimental Football League with teams in Boston and New York. 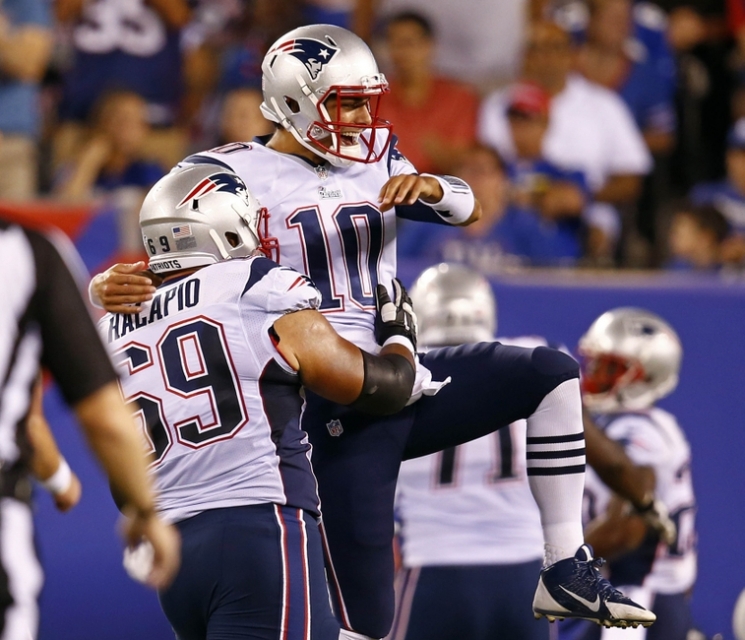 The health along the interior of the offensive line will bear some watching. Kline was arguably the Patriots best guard in 2015. Jackson started nine games and Mason 10 as rookies a year ago. All three are expected to compete for the starting guard positions this season. They’ll be battling Jonathan Cooper who came over from the Cardinals in the Chandler Jones trade as well as 3rd round draft pick Joe Thuney.

Pascoe the 8th-year TE that played for three games a year ago with Detroit will be trying to win the job as the Patriots third tight end. Clay Harbor begins camp on the PUP list. Pascoe was originally drafted by the 49ers in 2009 and has spent time with the Giants, Falcons and the Bears before landing with the Lions in 2015. He has 40 career catches for 336 yards and two touchdowns. The 6’5, 257-pound veteran is known primarily as a blocking tight end. 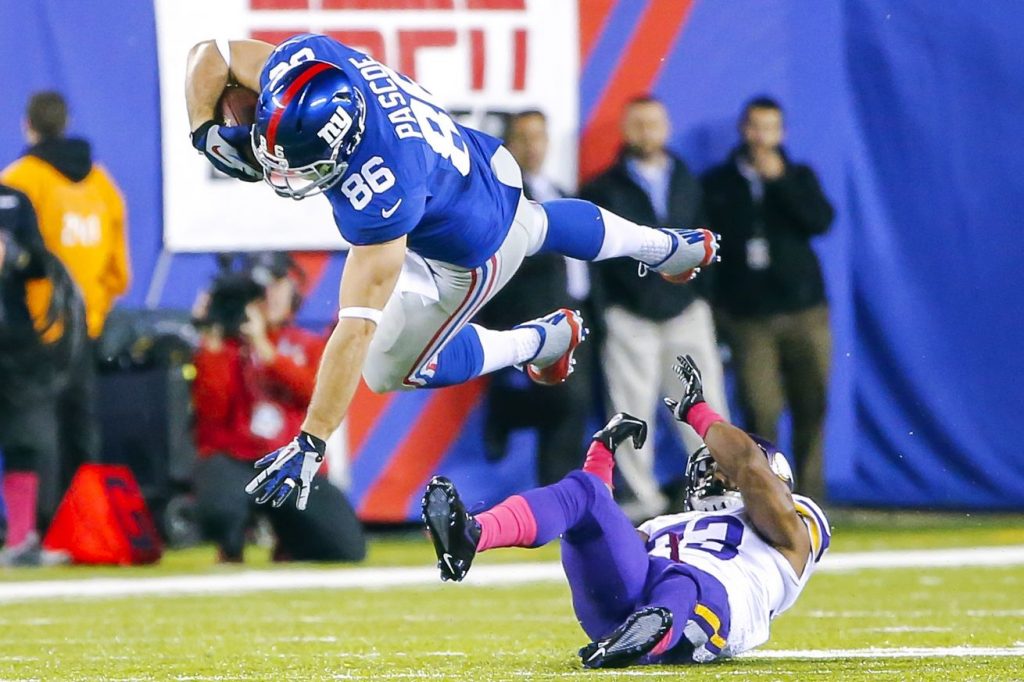 Bill Belichick spoke about Ebner realizing his Olympic dreams during his first training camp press conference on Wednesday. “I’ve talked to Nate several times,” Belichick said. “Wish him well in his endeavor. It’s a great opportunity for him to follow his passion, participate in the Olympic Games. We’re pulling for him to bring back something around his neck.”

Teammate and team captain Matthew Slater also mentioned Ebner, stating he was pulling for him to bring home the gold. “I know this means a great deal to him and we’re all excited for him. I’m just trying to figure out where I can get my Ebner rugby jersey. I’ll be supporting him and watching him along the way.”

By: Russ Goldman
In this episode, we look back at the Patriots loss to the Bills, Later on, we preview the upcoming game against the Cardinals.
11 hours ago