7 years ago at 8:26 pm ET
Follow @IanLogue
Posted Under: Uncategorized 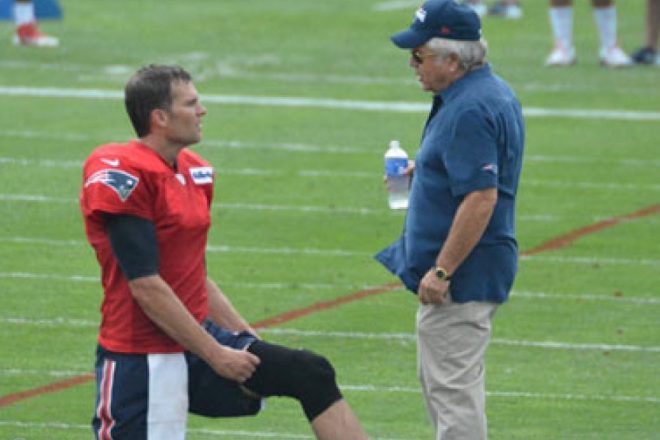 Up until Wednesday, Patriots quarterback Tom Brady had been fighting his battle with the NFL more or less on his own, with the help of the NFLPA and a couple of high-powered lawyers in an attempt to avoid being a spectator during the first four weeks of 2016.

In a saga that’s dragged on for more than a year, Brady avoided missing any time in 2015 after Judge Berman overturned Roger Goodell’s initial punishment, which postponed this mess for at least last season.  However, when it got in front of the 2nd Circuit Court of Appeals back in March, the tables were turned and Brady’s lawyers weren’t quite as masterful that day.  It was evident to the people who were on hand who watched it all unfold that things didn’t look too good for the veteran quarterback, and those fears were realized when the three judges eventually came back 2-1 in favor of the NFL.

That left Brady’s options fairly limited, and after filing Monday afternoon for a rehearing en banc before the Second Circuit U.S. Court of Appeals, the hope is that after having four judges split over his fate, somehow his legal team will be able to get all 13 judges to take one final closer look at his case.  Recently hired lawyer Ted Olson has brilliantly helped establish the case as having more importance than just psi, focusing on the fundamental fairness involved in what he’s emphasizing as an important labor dispute, protecting a union from unfair punishment.  Most analysts still believe that it will take a Hail Mary in order for Brady to get a shot here or even in front of the Supreme Court, but he finally got a little help from the person directly affected if he loses.

Patriots owner Robert Kraft filed an amicus brief with the 2nd Circuit Court of Appeals on Wednesday and completely unloaded, not being shy about holding anything back as their lawyer, Daniel Goldberg, put together a convincing argument to try and get them to take another look at Brady’s case. 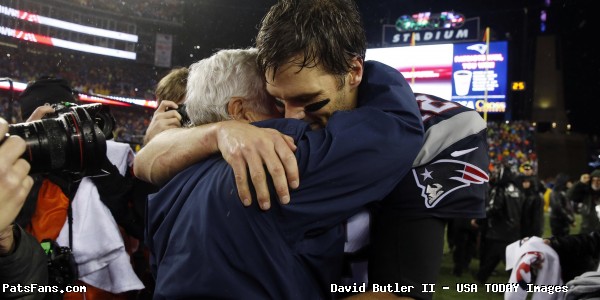 Kraft has sat back during most of Brady’s battle, but fired a key shot at the NFL on Monday.

The 2nd footnote essentially states that the league seemingly had their minds made up from the beginning, preventing Brady from ever getting a fair shot when it came to his appeal.

“From the outset of this matter the League’s conduct reflects less a search for the truth than pursuit of a pre-determined result and defense of a report which, despite no direct evidence of tampering or Mr. Brady’s involvement, was relied on to impose penalties with no precedent or
correlation to the alleged offense,” wrote Goldberg.  “The League’s commitment to the conclusions of the Wells Report on which the penalties were based was so absolute that in Mr. Brady’s appeal one of the chief Paul Weiss investigators and an author of the Report, Mr. Reisner, served as the League’s counsel and examined witnesses.”

Considering the flaws in the Wells Report, which have been proven by countless independent tests and studies, Goldberg once again attacked the Exponent results, which Wells used to debunk any thought that the loss of psi was consistent with the Ideal Gas Law.  As flawed as it was, Goodell stood behind it and when you take into account the amount of money put into it by the league, admitting a mistake with the findings was never in the cards.  From there it shifted to Brady failing to turnover his cell phone, which changed the tenor of the case.

“The Commissioner publicly praised the Wells Report, imposed penalties based on it, and then insisted on hearing and deciding Mr. Brady’s appeal himself despite the authority to appoint an independent person to do so. When evidence at that hearing did not provide support for enhanced findings against Mr. Brady (to go beyond “general awareness” of violations by others), the Commissioner made new findings and changed the basis on which Mr. Brady was being penalized.”

Goldberg also gave a mention to the findings by the Professors of Physics and Engineering, who filed their own independent Amicus Brief earlier this week, referring to their findings as it pertained to the difference in psi both pre-game and when they were tested.  That brief essentially said nothing was ever done with the footballs.

Between that, along with the fact that Brady and his attorneys didn’t have access to different transcripts from testimonies and other information to properly put together a defense, it’s pretty obvious that he’s trying to let the judges know just how badly railroaded Brady essentially was throughout this process.  That’s not exactly how anyone who is part of a CBA wants to be treated at any job, and Goldberg closed the brief by driving that point home, again emphasizing this “highly manipulated and fundamentally unfair process”.

“The panel majority’s opinion ignored or excused these fatal failings,” Wrote Goldberg.  “It endorsed the outcome of a highly manipulated and fundamentally unfair process designed and used by the Commissioner to reach and justify a predetermined outcome in violation of the CBA and this Court’s precedents. It renders meaningless the vital protections afforded by a bargained-for right to appeal and to obtain and present pertinent evidence. Its impacts will be felt far beyond the NFL.  This Court should grant a rehearing and restore the fundamental fairness of arbitration appeals guaranteed by the CBA and this Court’s cases.”

Hopefully it’s enough to get them to consider re-hearing Brady’s case.  Credit Kraft for stepping up and trying to throw a Hail Mary for his quarterback, who is definitely going to need a little extra help in order to pull off one final come-from-behind win before this is over.