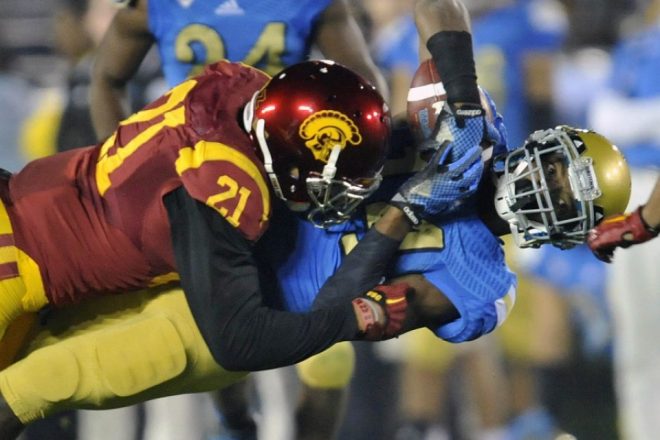 The Patriots have a pair of outstanding linebackers in Dont’a Hightower and Jamie Collins. They picked up Shea McClellin from the Bears this spring. And he, Jon Bostic, Jonathan Freeny, Eric Martin, Rufus Johnson, James Vaughters and Kevin Snyder will be looking to round out the depth for the team this season.

The team will still be looking to add some younger depth thru the draft in a few weeks. With Jerod Mayo retired, the team will miss his leadership both on and off the field. The Patriots normally like their linebackers on the bigger side and versatile. And there are plenty of them to pick from. Looking at the middle rounds is probably where the Patriots will look to select.

Su’a Cravens from USC is a player that doesn’t fit the mold for the typical Patriots linebacker. But Cravens is anything but typical. A converted safety turned outside linebacker, he is considered small for the OLB position at 6’1, 226 pounds. But he doesn’t play that way…Cravens is an athletic, instinctive playmaker with outstanding explosion.

Cravens can be expected to be able to beef up in the pros to 230 pounds+ and play the WILL linebacker position. He’d also be an outstanding candidate to play the “Big Nickel” position the Patriots like to use a big safety/LB in sub-packages.

Cravens can go from zero-to-top-speed in the flash of an eye. He can be a sideline to sideline presence and is an extremely smart player that can be a ball-hawk. He’s very good in coverage and an outstanding blitzer off the edge.

Cravens finished his college career with 33.5 tackles for loss, 10.5 sacks, 16 pass breakups, nine interceptions and two forced fumbles. For those who say he’s too small to play LB in the pros, he’s about the same size as Ryan Shazier (6’1,230), for the Steelers. 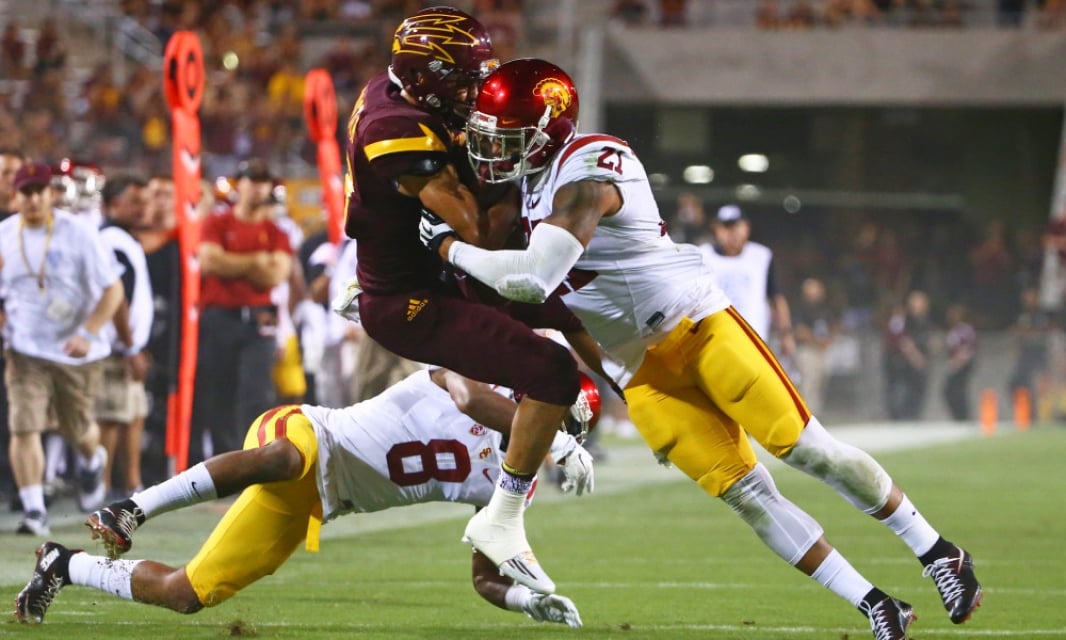 – Outstanding explosion at the snap

– Will have issues setting the edge in the running game

– Lack of length could be a concern

What his Role Will Be:
His role will be competing for one of the outside linebacker roles. His best fit would be as a ‘WILL’ or the weak side linebacker. The team could opt to play him at safety where the position is already packed with depth.

Will his Role Change from Year 1-2?
Yes, with an added year under his belt and learning some better pass rush moves, he could push for more reps and possibly as a starter in the base defense.

What Current Player on the Roster Will He Replace?
His roster slot would be in competition with guys like Martin, Johnson and Snyder.

What is his ST Value?
Very Good, he would immediately find himself on coverage units given his athleticism

Conclusion:
Cravens is an interesting player in that how will teams look at him as an NFL player. Some will look at him as an oversized box safety in the Deone Buchanon, Mark Barron mode or as an undersized, instinctive WILL linebacker in the Shazier type.

If the Patriots view him as the latter, he’d be an interesting addition to the defense. With the uber-athletic Jamie Collins and Dont’a Hightower already in place, Cravens would provide the team with another attacking, aggressive piece of the puzzle. He’s a versatile player who is at his best closer to the line of scrimmage and with the league in sub-packages nearly 60-65 percent of the time, he’d be an outstanding fit as the “Big Nickel” LB/S hybrid.

The only caveat is that the Patriots already use Pat Chung in that role and could be grooming LB/S Brandon King for a larger piece in the same role. But there is no doubting his ability to fit in to the right defense and be a very productive player.

He projects in the Patriots system to be a Potential Starter on Day 1. He should fit in very well into the NE defense. Cravens is slotted to go somewhere around the 2nd Round of the NFL Draft. If the Patriots are interested in him, they’ll probably have to move with one of their 2nd round picks.