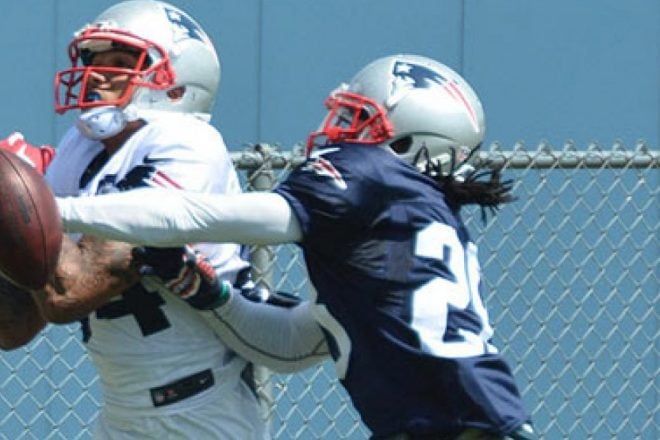 We’ve made it through another week, and as we finish off another work week, here’s a look at this morning’s top stories:

Long Excited About Opportunity – Here in New England, winning is not only something that’s expected, it’s just part of the bigger picture in their annual march to the postseason.

It’s something that has become so much the norm that it’s reached a point where the bigger question usually ends up coming down to just how many victories it will take to get a high-enough seed for this club to get a playoff bye week, and whether or not they’ll have enough healthy bodies to do the necessary damage to contend for a championship.

That’s something that newly-added defensive end Chris Long is excited to be a part of, because coming from a team that couldn’t even break the .500 threshhold, he admitted a fresh start was needed.

“I was very open minded when it came to my free agency situation this year,” Long told the Providence Journal’s Mark Daniels. “Obviously the Rams felt it was time to move in a different direction and you know, I wasn’t bent out of shape about it. It was time to move on for me as well. A fresh start is great. I just wanted an opportunity to win and an opportunity to be a part of something, like this organization is great and having the opportunity when it came about, I was very excited and I knew it was where I wanted to be.”

He’ll certainly get that chance.  After injuries hampered him in 2014 and then being slowed by a knee injury that plagued him last season, the Rams, who are now in Los Angeles, decided to part ways with him.

With a fresh start in New England and an opportunity to establish himself with a winning organization, he couldn’t have asked for anything more.  Chances like these don’t tend to come around very often and he’s planning on making it count.

“I can’t wait to prove myself,” Long said. “The last two years, I’ve made no excuse about it. I feel very good right now, and that’s all I can say.”

And if he can rejuvenate his career in this defense, he’s now on a team where his contributions could put him in a position where he might finally get to experience what it’s like to be a champion.

Preseason Opponents Announced – The NFL announced the 2016 preseason pairings on Thursday and the Patriots found out who their opponents will be during the exhibition season a few months from now.

Dates and times have yet to be announced.

The game against Chicago is an interesting one in the sense that it’s the first time they’ll play the Bears in the preseason since 2003, while the others were all opponents for New England during last year’s exhibition season.  The only change is they’ll play the Bears instead of the Packers, whom the Patriots opened last year’s exhibition game against at Gillette Stadium in a 22-11 loss.

The regular season schedule will likely be coming in the not-too-distant future, as the league released the 2015 schedule back on April 21st of last year and on April 23rd of the year before. 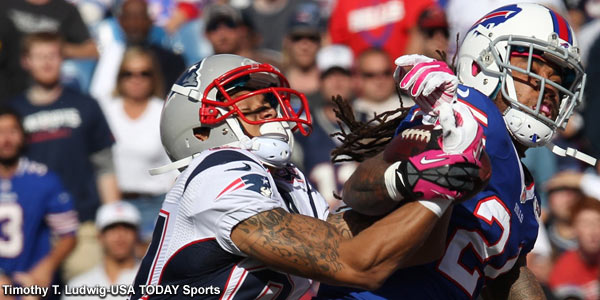 Brian Tyms flashed but couldn’t catch on in New England.

The Colts announced the additions of both Josh Boyce and Brian Tyms, who were both players who had shown potential in New England, but couldn’t quite break out.

Boyce is a former 4th-round pick back in 2013 who had his moments, but he wasn’t able to turn the corner and slipped quite a bit after a seemingly promising start.  He appeared in nine games during his rookie season with three starts, catching 9 passes for 121 yards.

As for Tyms, he followed up a first season where he showed flashes with a good start to training camp last season, but a foot injury during the team’s joint practices with New Orleans ended his season before it even got started, and he kept Boyce company on injured reserve in 2015.

Tyms said goodbye to fans in New England earlier last month on Twitter when he announced his time was “done” and he was moving on.

“Hey #patsnation I appreciate all the love and support from you guys you all have been amazing but my time in New England is done thank you,” the receiver Tweeted.

Now the two will be competing against each other in Indianapolis this season.

Patriots add another DL – The Patriots continued adding depth to their defensive line on Thursday, adding a former player from the New York Giants in Markus Kuhn.

Kuhn, 29,was an unrestricted free agent and the terms of his deal have not yet been disclosed.

The veteran is 6-foot-4, 303 pounds and is a former 2012 seventh-round pick by New York (239th overall).  He’s spent the last four seasons with the Giants and has played in 39 games with 10 starts, accumulating 48 total tackles, 1 1/2 sacks and two fumble recovers, including one that he returned for a touchdown back in 2014.

Georgia WR Visits the Team – The Patriots are continuing to explore their personnel options in the draft, and once again they have interest in another player with some versatility.

According to the National Football Post, the Patriots are scheduled to meet with Georgia receiver Malcolm Mitchell, who is reportedly set to visit.  Mitchell is a 6’0″, 198-pound receiver who has some pretty terrific speed and athleticism.  He runs a 4.45 40-yard dash along with a 36-inch vertical leap and caught 58 passes for 865 and four touchdowns last season.

Interesting enough, he’s a player who has also played cornerback and returned kicks, so he’ll obviously be a player who has traits Bill Belichick tends to like.  However, his scouting report on CBS Sports has some positives that are worth mentioning in his penchant for battling for the football.

Good body control and vision to locate the football for stop-fades, showing the ability to throttle down, make the contested catch with a defender draped on him and maintain his balance to get both feet in bounds. Explosive out of his breaks and doesn’t go down easily. Grown in a pro-style offense, which should aid NFL transition.

Obviously there’s still a long way to go and Mitchell is exploring his options.  The San Francisco 49ers and Philadelphia Eagles are also reportedly teams he’ll be visiting.

Hightower Joining Senators to Battle For Diabetes – Dont’a Hightower is a pretty passionate guy and he’s currently in Washington fighting the good battle to help people with Diabetes.

Channel 6 out of Portland reported that Hightower joined Senators Jeanne Shaheen and Maine Senator Susan Collins, both of which are co-chairs of the Senate Diabetes Caucus, and urged Congress to pass legislation to stop diabetes.

Collins told the station that she’s committed to making sure they have enough money to continue looking for better treatments.

“The 2016 omnibus spending bill passed late last year continues this progress with an overall $2 billion increase for the National Institutes of Health, the largest since 2003, but there is still much work to be done,” said Collins via WSCH6.com.  I have called on my colleagues to maintain our strong commitment to diabetes research in the 2017 spending bill, and Senator Shaheen and I are determined to require Medicare to cover Continuous Glucose Monitors, just as many private insurance companies already do. Today’s investments will yield cures and therapies for patients tomorrow.”

Kudos to Hightower, who will hopefully be among several players who receive contract extensions in the months ahead.

By: Mark Morse
Both games are in the books and we have learned about several players we have not seen play.  The practices leading up to the games…
36 mins ago