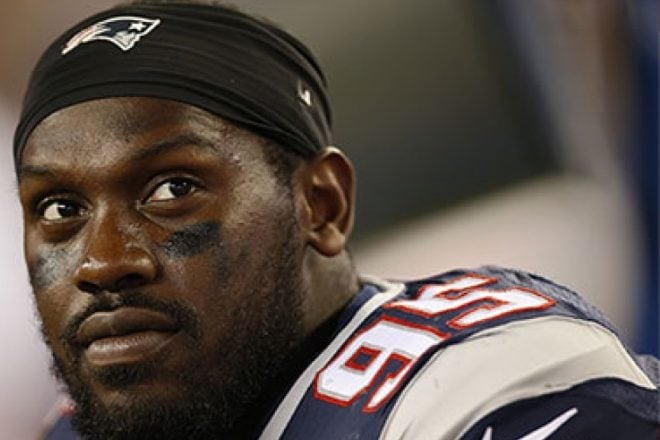 The Patriots were busy on Tuesday.

Later in the evening, Trey Wingo of ESPN broke the news that the Patriots had signed former St. Louis Rams defensive end, Chris Long, to a one-year deal.

Let’s break it down.

Chandler Jones: This trade was a huge move, but one that has been discussed by many Boston media members over the last few days. The transaction works well for both teams. The Patriots couldn’t afford to extend Chandler Jones after this season and the Cardinals received a pass rushing threat they desperately needed after only getting to opposing quarterbacks 36 times last season.

Chandler Jones is a good player, but with the money handed out to defensive ends in recent years it priced him right out of town. With Jamie Collins, Dont’a Hightower and Malcolm Butler all in need of new contracts — and ranking as higher priorities — this move was necessary.

Jones was too inconsistent and often racked up sacks in bunches, then disappeared. Looking at his career sack totals, his production decreased as the seasons wore on.

I don’t want to kick Jones while he’s down, though. He was a great teammate by all accounts and one of the nicest players I’ve encountered. He should fit well with Arizona as their defensive scheme let’s defensive ends pin their ears back and go. They’re getting a good player.

This is a typical “In Belichick we trust” move.

Jonathan Cooper: This is a very intriguing acquisition. Cooper was the seventh overall selection of the 2013 NFL draft.

He has struggled in his NFL career, though. He missed his rookie season with a broken leg and has only started 11 games the last two seasons. He was benched for the final seven games last season. Perhaps a change of scenery and the opportunity to work with offensive line coach Dante Scarnecchia can turn his career around.

We’ll see how he fits when the team gets back on the field, but there will be a good battle for the two guard spots between Cooper, Shaq Mason, Tre Jackson and we’ll throw Josh Kline into the mix.

The Second-Round Pick: New England now has 11 selections in the 2016 draft. With no first-round pick (Deflategate), the Patriots will pick back-to-back at No. 60 and No. 61 (from Arizona) overall.

With two picks in the second and third rounds it will be interesting to see if the team packages any of them to move up and target a player who falls out of round one.

Chris Long: It didn’t take long (no pun intended) for New England to add another body to the defensive end rotation.

After visiting and working out for New England on Monday, he agreed to a one-year deal on Tuesday evening before his scheduled visit to the Dallas Cowboys.

This is an opportunity and I am so thankful!!! Whatever it takes!!! See you soon Boston. GO PATS 👊🏻

Long played his first 8 seasons in the NFL for the St. Louis Rams, drafted No. 2 overall out of Virginia and totaling 54.5 sacks to date. He turns 31 on Mar. 28.

This will likely go one of two ways. As ESPN Boston’s Mike Reiss noted, either he fits in and thrives like Andre Carter or is a blip on the radar like Will Smith.

I like the signing and believe Long will be motivated to get back to form. He’s never made the playoffs in his career and now joins a young, talented defensive unit that’s poised to make another championship run.

Final Thought: Just another slow news day in the NFL off-season. For what it’s worth, the Cardinals and Rams are on the Patriots’ schedule this upcoming season.

As far as the trade goes, it’s business as usual. The team trades a player they know can’t be in their plans long-term, add a draft pick, clears room on the salary cap, then signs a veteran to help replace the lost production. So Belichick.

READ NEXT:
Patriots Add TE Martellus Bennett in a Trade With the Bears
Posted Under: Uncategorized