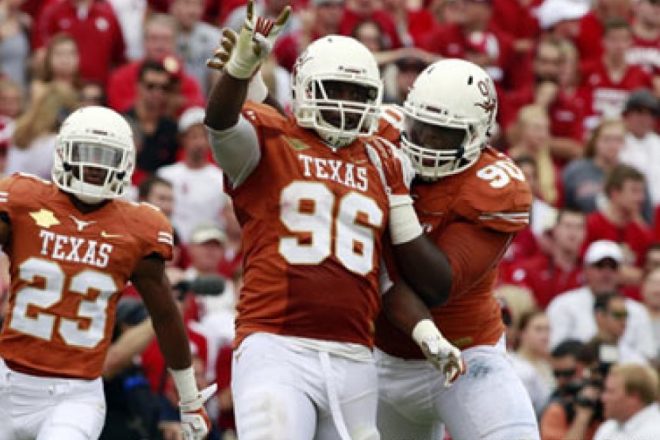 On Friday the National Football League announced the allocation of 33 compensatory draft picks for the 2016 NFL Draft, which will be held April 28-30. The New England Patriots received the maximum four compensatory picks: one in the third round, and three in the sixth round. With that news the Pats slots in April’s NFL draft has been set.

Compensatory draft picks are allotted to teams that lost an unrestricted free agent to another team in the previous off-season. Although the formula has never been made public, it has been determined that it is based primarily on the compensation that the player received from his new club, along with an adjustment for playing time and a smaller adjustment for post-season honors. Players who were released by their former team do not count in the formula, nor do players who sign with a new club after June 1.

The third round pick was obviously for Revis, and there was some thought that Browner’s contract (3 years, $15,000,000) would fetch the Pats a fifth round selection, but that turned out to not be the case. Here is a rundown of the picks that the Patriots received:

With the compensatory draft picks now known, the initial arsenal of draft picks that the Patriots own has been finalized. Earlier this year the NFL decided to change the rule compensatory could not be traded. The fact that the league decided to implement this rule change next year rather than in 2016 surely has nothing to do with the fact that the Patriots would be receiving several comp picks (/sarcasm).

By: Mark Morse
Today I am going to give a wrap-up of the East-West Shrine game practices.  The Patriots coaching staff has been very hands-on.  Steve Belichick arrived…
4 mins ago

By: Steve Balestrieri
“A lot of guys were getting worried because when we were in the middle of camp, we were wondering what the plan was for our…
2 days ago

By: Robert Alvarez
Julian Edelman appears on the Barstool Sports "Pardon My Take" podcast, reacts to Bill O'Brien's hiring, and more.
4 days ago