Gronk Agrees to Incentive Package – Looking at the $5.25 million tight end Rob Gronkowski was set to make in 2017, it left him well underpaid compared to his peers as he looked to bounce back after his 2016 season was cut short due to injury.   However, the Patriots reportedly agreed to a change to his contract and his new deal should give him plenty of additional motivation as he attempts to get back to the top of his game.

According to ProFootballTalk.com, Gronkowski now has a three-tiered incentive package for 2017 that raises his salary, provided he meets the parameters.

Ian Rapoport of NFL.com reports that should he hit all his incentives, Gronkowski’s salary could reach $10.75 million.

The good news for Gronkowski is the fact that the majority of milestones he would need to reach in order to earn the incentives are all ones he’s hit in the past when he’s been healthy for 16 games, which is the biggest question the Patriots likely have heading into this season.

As the website points out, the good news for Gronkowski is the fact his base salary wasn’t affected and the team simply gave him attainable goals to raise his salary to a more competitive level with other players at his position, as well as potentially becoming the highest paid tight end in football.  The other obvious upside is if he’s putting up those types of numbers, the Patriots should certainly benefit in the win column.

Overall, it’s a win-win for both sides, and if Gronkowski can return to form, it will hopefully also open the door to a further extension to ensure he stays here for the foreseeable future. 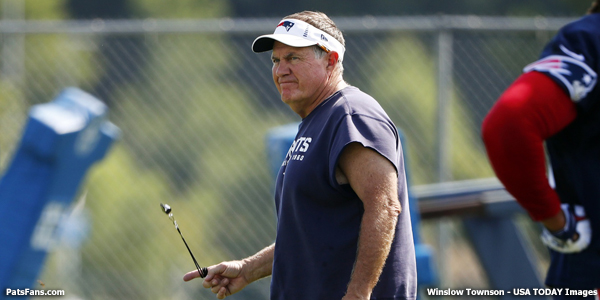 Belichick is a big fan of joint practice sessions.

Patriots and Jaguars to Hold Joint Session – Preseason football in past years here in New England had offered up an opportunity for fans to get a free up close and personal look at opposing teams in the days leading up to the game, and they’ve had some great opportunities to get a first-hand look at some good teams and players.

Last year featured the Bears and Saints, who were each competitive clubs that made the experience fun to watch.  This preseason, there now sits a bit of the unknown with an up and coming team set to reportedly visit Foxborough in the coming months, with the Jacksonville Jaguars set to hold joint practices against New England.  The two teams will reportedly hold sessions on August 7th and 8th, with a preseason game that week scheduled on August 10th at Gillette Stadium.

For the Jaguars, it’s a great opportunity for first-year head coach Doug Marrone to get the chance to work with one of the best coaches in the game as he looks to try and get his Jaguars club headed back to being a competitive football team.

“Having the opportunity to practice with the defending world champions to begin our preseason schedule will be beneficial for our football team,” said Jaguars Head Coach Doug Marrone via the team’s release. “We appreciate Coach Belichick extending the invitation to our organization.”

As for the Patriots, one player who is already looking forward to the match-up is undrafted free agent cornerback and Jacksonville native, D.J. Killings, who can’t wait to compete against his hometown team.

“I’m just ready to whup ’em, for real,” he told the Boston Herald’s Adam Kurkjian. “First in college and high school, you’re like, ‘Oh, you know, the Jacksonville Jaguars, they’ve got some great players.’ Now, you respect them as players, but it’s like, ‘I ain’t looking up to y’all no more. It’s time for me to go against y’all.'” 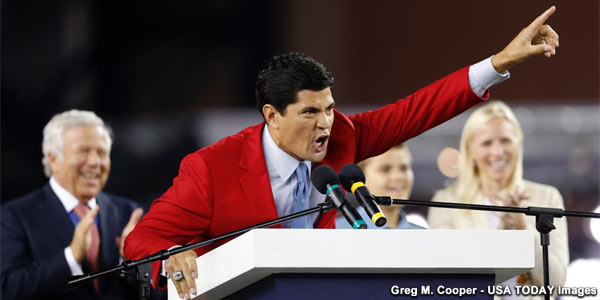 Bruschi knows first hand how tough it is to go undefeated.

Bruschi Argues in favor of 2007 team – One of the topics discussed over the offseason given the amount of talent the Patriots have acquired is whether or not this year’s club is more talented than the one that managed to run off a perfect 16-0 regular season in 2007.

Tedy Bruschi was asked that very question on Monday on ESPN’s NFL Live program, and was pretty emphatic in his feelings on the matter.

“Overreaction! Are you kidding me?” Bruschi said via Mike Reiss. “That 2007 team, I’ll go straight to the defensive line, having [Vince] Wilfork, [Ty] Warren and [Richard] Seymour in front of me — three first-round picks. The talent we had along the front seven.

“Randy Moss, a lot of the guys they had on offense, especially. Tom [Brady] threw 50 touchdown passes. Wes Welker couldn’t be stopped in the slot. And you know what else is a talent? Mental toughness, and that’s what those guys had, because to go 16-0, to carry that burden.”

Bruschi might be a little biased given that he played on that football team, but there’s no question that winning all sixteen games is obviously an extremely difficult feat, especially since his club was only the second in league history to pull it off behind the 1972 Dolphins.

Mental toughness is indeed what it takes and one of the biggest questions is always how well will the new players adapt in a system that requires the same laser-focus from every player each week.

The former linebacker knows what it takes and like the rest of the fans here in New England, it will be up to the 2017 edition of this football team to prove themselves when they take the field together and begin playing meaningful games in the coming months.

Hollister Brothers Happy to Be Patriots – When you’re two brothers playing in completely different colleges, one of the last things you expect is to end up playing on the same NFL team together.

Landing on a team that happens to be the defending Super Bowl Champion would likely be considered an even bigger long-shot, yet that’s what ultimately happened to rookie free agents and twin brothers Jacob and Cody Hollister.

Where they went to college wasn’t even close to this region, with Jacob playing in Wyoming, while Cole played at Arkansas.  Yet it was the Patriots who gave them an opportunity and they’re both looking forward to having the chance to make the most of it.

“The whole process, two twins on the same team, it’s ridiculous. The odds are crazy, so having him here is great,:” Cody told the Boston Herald.  “Having family with you, we’ve been away from each other for three years, so being back together is an incredible experience. Learn better and we compete together, so there’s nothing better than that.”

According to the Herald, the two have spent plenty of time going over plays and formations while trying to figure out New England’s playbook, but they said it’s been a great experience and despite all the time they’re spending together, it never gets old.

“We get tired of each other, but it’s brotherly love,” Cody said. “Having him here is awesome.”

With OTAs already having started, the journey is well underway for two brothers pursuing the same dream.  The fact that they’re able to do it together, makes it an even cooler story and they’ll be fun to keep an eye on should they make it into the start of training camp.