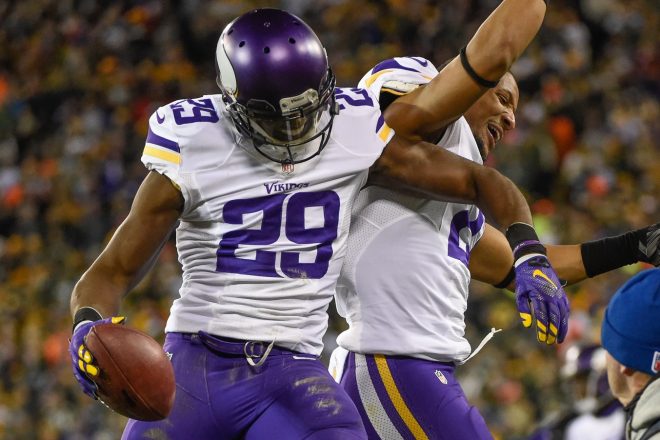 The Seattle Seahawks and Minnesota Vikings square off Sunday in what will be one of the coldest games in NFL history. To combat temperatures that will dip below zero and a wind chill of more than 20 below, both teams will be utilizing severe cold weather gear from a Minnesota company that specializes in extreme weather garments.

This will be a rematch of the Week 13 game where the Seahawks came into Minneapolis and trounced the Vikings 38-7, limiting Minnesota to just nine first downs on the day. The game will draw recollections of Bud Grant and Minnesota’s Purple People Eaters era when the Vikings gained a huge late season home field advantage over teams not acclimated to winter in Minnesota; this will be the Vikings first home outdoor playoff game since December 3, 1972.

Odds: The Seahawks opened as 3½ point favorites, and the line shot up to as high as 6½ during the week as over 90% of the early betting public backed Seattle. That adjustment resulted in many taking the Vikings plus the points, resulting in the odds dropping back down to 4 in most places, with some still at 4½. The over/under has dropped from 41½ to 39½, and a typical Money Line is Seattle -210 and Minnesota +180.

As of Saturday afternoon 72% of the spread and 57% of the Money Line dollars are being placed on Seattle.

Head-to-Head Record: Seattle crushed Minnesota in Week 13 by the score of 38-7. The Viking offense recorded just nine first downs and zero points, avoiding a shutout on a kickoff return for a touchdown. The Seahawks entered the game as 1½-point road favorites and took control with two scores late in the second quarter to go into halftime up 21-0, and were up 35-0 late in the third; the Seahawks finished with 433 yards of offense while holding Minnesota to a mere 125 yards. The two teams have met three times in the last four seasons with Seattle winning each time, by an aggregate score of 109-47.

The Seahawks lead the all-time series 9-5; this is the first time the two have met in the playoffs.

Minnesota ranks in the middle of the pack in scoring (22.8 points per game, 16th), but cannot afford to fall behind Seattle like they did earlier this year. Their offense is very unbalanced; the Vikes rank fourth in both rushing yards (138 per game) and yards per carry (4.7), but their passing game is non existent by today’s standards. Only the inept St. Louis Rams passed for fewer yards than Minnesota (183 yards per game), and their 28.4 pass attempts per game were the lowest in the NFL.

The Vikings are going to count on Adrian Peterson (NFL-best 1,485 yards rushing and 71 rushing first downs) to carry the offense, which does make sense in these weather conditions – but it is a difficult task when you are so one dimensional and you opponent has a stout defense. Seattle’s D gave up the fewest rushing yards in the league this year (84 yards per game) and limited opponents to just 3.6 yards per carry.

Seattle was handed a tough schedule to begin the season, and after a 2-4 start many were overreacted and questioned if the Seahawks would make the playoffs. The team has jelled and dominated on both sides of the ball, winning six of their last seven games. Seattle allowed the fewest points (17.3 ppg) while scoring the fourth most (26.4 ppg); despite that six game stretch to begin the season Seattle finished with a point differential of +146 (4th best).

Minnesota has had a better than expected season, which coupled with Green Bay’s decline resulted in their first division title since 2009. Seattle is simply a better team on both sides of the ball. Take the Seahawks minus the points.

By: Ian Logue
Monday night's game in Arizona is obviously an important one for the New England Patriots, but it may end up being a critical one for…
6 hours ago