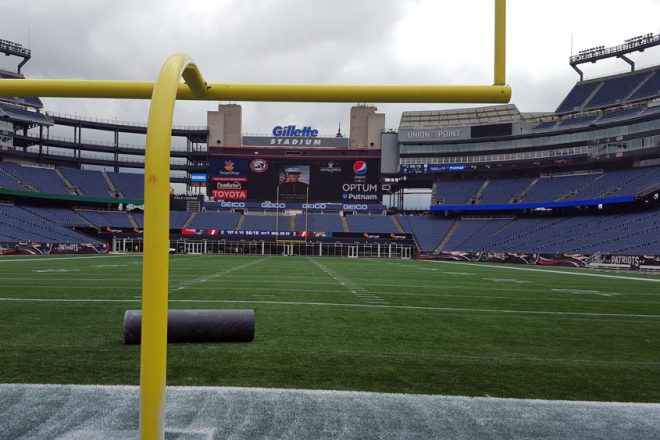 In this episode, the guys discussed the opt out for the Patriots, and what it means for the team. They also shared their views on the reported signing of Lamar Miller.

Later on in the show, they were joined by Mark Schofield from The Scho Show on Pats Pulpit. Mark talked about the Bill Belichick press conference last week, and also shared his thoughts on the quarterback battle for the Patriots.

By: Robert Alvarez
Check out the sideline sights and sounds and victorious Patriots locker room during week 12 against the Tennesse Titans.
2 days ago

By: Mark Morse
In the words of Larry the Cable Guy, “Let’s Git-R-Done” and that’s exactly what the Patriots did on Sunday.
5 days ago

By: Steve Balestrieri
Jones didn’t have his best game and yet he completed 23-32 for 310 yards with 2 TDs and 0 INTs for a passer rating of…
5 days ago

By: Robert Alvarez
Check out the best postings that were shared across social media during the Patriots Week 12 victory over the Tennessee Titans.
6 days ago
wpDiscuz