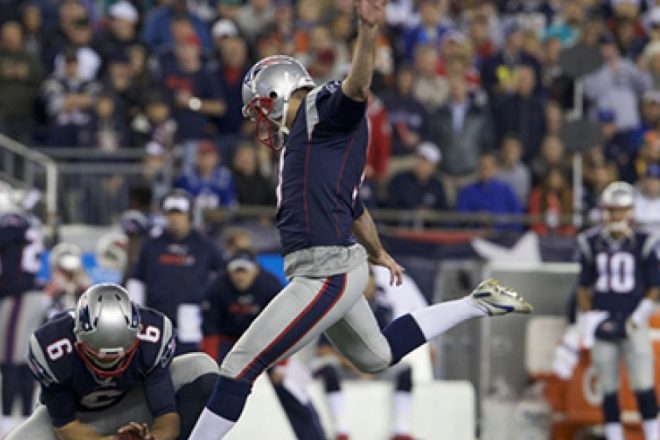 With the 2015 regular season in the rearview mirror, it’s worth noting that Stephen Gostkowski fell into a relatively exclusive group thanks to his performance in 2015.

According to ESPN’s Kevin Seifert, NFL place kickers missed 71 extra points this season from the new 33-yard distance, lowering the conversion rate from 99.3 in 2014 to 94.2.

The interesting fact is that 27 teams missed at least one extra point in 2015, with the Patriots and Gostkowski finishing among five teams who were perfect on the season. Seifert points out six teams accounted for 42 percent of all misses by failing on at least four attempts.

Joining the Patriots were Dallas, Green Bay, Baltimore and Atlanta. The two worst clubs in that category were Jacksonville and Buffalo as the Jaguars missed seven, while the Bills missed six.

Gostkowski had a solid season overall kicking the football, missing just three field goals while finishing 33-of-36 with a 91% success rate, tied for 5th best in the NFL.

It’s just business as usual for the steady veteran. Clutch and consistent kickers are difficult to come by, and thankfully the Patriots are fortunate to be taking one into the postseason as they look to defend their Super Bowl title.