7 years ago at 9:00 pm ET
Follow @AllThingsPats
Posted Under: Uncategorized 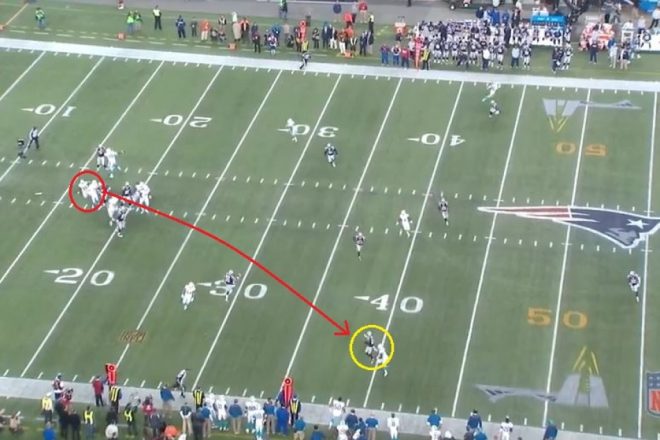 While the New York Jets and Pittsburgh Steelers enter NFL Week 17 with the most at stake, there are also plenty of other games on Sunday with critical playoff implications. Here is a look at all sixteen matchups, with predictions and picks against the spread.

Most of the nation will receive the Jets game at Buffalo early on CBS, followed by Denver-San Diego in the late slot. FOX will telecast two of their favorite big market teams, Dallas vs Washington in a meaningless early game to most of the country, and then Seattle at Arizona gets the bulk of distribution in the late slot. The Pats-Dolphins game will only be available in New England and south Florida up to Tampa; for a full look at what is being broadcast where you are check out JP Kirby’s NFL Maps.

Happy 61st Birthday to Raymond Clayborn. The three-time Pro Bowler played in 191 games for the New England Patriots from 1977 to 1989, and was a finalist for the team’s Hall of Fame in 2014 and 2015. Clayborn holds the franchise record for most career interceptions with 36 (tied with Ty Law); in his rookie season he led the NFL with three kickoffs returned for touchdowns and a 31.0 yard return average. In 1985 Clayborn was a major factor in New England winning the AFC and making it to the Super Bowl, picking off six passes for interceptions that season. Clayborn is a member of both the Patriots 1970s and 1980s all-decade teams, and set a franchise record by playing in 161 consecutive games.

Missing their top two tackles, running backs and receivers has caused the New England offense to sputter of late, while the defense has been tested due to injuries to five key players. That should be enough for Miami to keep it close, but if the Dolphins could not beat a team with Charlie Whitehurst at quarterback, it is highly doubtful that they can defeat a club quarterbacked by Tom Brady.

As difficult as it is to root for the Jets – or any team from New York – there would certainly be a bit of ironic humor with Gang Green clinching a playoff spot with a victory over Rex Ryan. Todd Bowles has completely out-coached the toe lover this season, while Ryan’s defense in Buffalo has under achieved and can now be considered no better than average at best. Undisciplined play and no LeSean McCoy leads to yet another ‘Super Bowl’ loss for Rex.

I believe that last week was the biggest game of the season for Baltimore, as they upended arch rival Pittsburgh to put a huge dent in the Steelers’ playoff aspirations. This could be an emotional letdown for the Ravens, while Cincinnati is playing for a first round bye.

The season is on the line for Pittsburgh, thanks to last week’s shocking debacle at Baltimore. The Steelers are allowing 278 yards passing per game, third worst in the NFL.  The Browns are down to Austin Davis at quarterback, but he’s an improvement over Johnny Manziel – and is capable of keeping it interesting with WR Travis Benjamin (913 yards, 5 TD) and TE Gary Barnidge (977 yards, 9 TD) against a very shaky Pittsburgh pass defense.

Houston’s defense has been schizophrenic this year. In the Texans’ eight wins they have allowed just 10.0 points per game, but in their seven losses that figure is more than doubled, at 22.7 points per game. Jacksonville rookie RB TJ Yeldon is out for this game, which means old friend Jonas Gray should get some extended playing time; Gray averaged 6.2 yards per carry last week and is at 4.3 yards per carry for the season.

Washington is locked in to the number four seed, so I would think that many starters will see little or no action in this game. The Skins were perceived by many to be one of the worst teams in the league entering the season; with that in mind Jay Gruden is deserving of some consideration for Coach of the Year.

And the battle for last place in the NFC North goes to…. da Bears, who delivered just one home win to Chicago land faithful this season. However, a victory should mean nothing to Detroit head coach Jim Caldwell; how he has managed to stay employed in the NFL for 15 years is baffling.

On one hand you have Eagle players who would probably love to show that they can win without Chip Kelly. On the other sideline you have Giant players who would probably love to give Tom Coughlin a victory if this is indeed his final NFL game. If you hear anguished moans when New York does well on offense it is probably from a despondent fantasy football player who had to sit Odell Beckham last week due to his suspension, while fantasy football championship games were being played.

The Colts need an eight-team parlay that would pay out over $150k on a $100 bet to go their way in order to make the playoffs. The most difficult leg of that scenario may be winning their own game, since they may have to rely on either Josh Freeman or Ryan Lindley to be their starting quarterback. Freeman wasn’t even good enough to start full time for something called the Fall Experimental Football League a few weeks ago, so watching him play Sunday may be deviously entertaining if you enjoy a bit of Indy schadenfreude.

Seattle is locked into a wild card spot, and will be without both left tackle Russell Okung and right guard J.R. Sweezy for this game. However, Pete Carrol and his troops don’t want to enter the post-season on a two-game losing streak, and would love to wash away the stench from last week’s loss to the Rams.

Kansas City has clinched a playoff spot but could win the division and take the number three seed with a win plus a Denver loss. The Raiders would love to spoil plans for their division rival. The Chiefs have not had that much of a home field advantage recently. Last week the 3-win Browns rushed for 232 yards in a 17-13 game at KC, and two weeks prior the Chiefs were only able to score ten points at Arrowhead against the 4-win Chargers.

Denver’s vaunted pass defense has shown some vulnerabilities recently, so Philip Rivers and company do have a puncher’s chance here. The problem for San Diego is that their offensive line is a mess, and that is something Denver’s front seven will feast on.

How valuable was LB Kwon Alexander to Tampa Bay’s defense? The Bucs were 6-6 and just a game out of the playoff picture three weeks ago, but have lost three in a row since the rookie was suspended by the NFL for HgH.

The two worst offenses in the league. Nobody should have to watch this game.

Green Bay’s offensive line is in shambles, which is resulting in Aaron Rodgers getting hit far too often and having no time to wait for his receivers to finish their routes. The Packers would be wise to bring safety Morgan Burnett up near the line of scrimmage to limit Adrian Peterson, and dare the Vikings to win with Teddy Bridgewater. It is quite possible that the Packers could be swept at home within their division for the first time in franchise history.