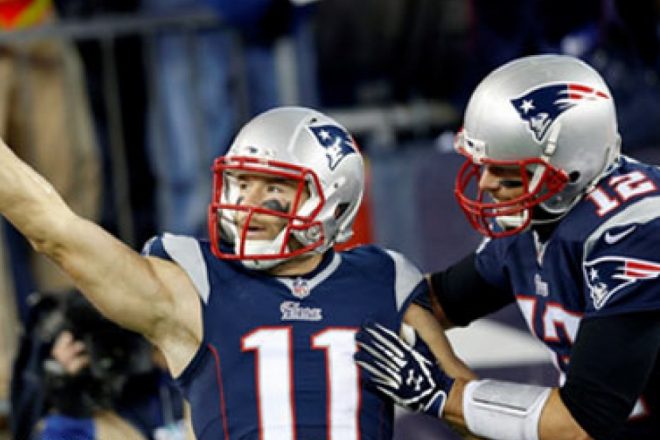 New England Patriots wide receiver Julian Edelman is not expected back on the field until the playoffs begin as he continues recovery from a broken bone in his foot against the New York Giants in week 10.

However, it appears Edelman is still in good spirits after posting yet another Star Wars tribute to his Twitter Account on Friday afternoon. This time a photoshopped picture of himself with two light sabers bracing for battle.

Edelman is already a well known fan of the science fiction franchise as the premiere of Star Wars: The Force Awakens hit theaters at midnight on Friday. He posted another PICTURE earlier this season.

The Patriots got in on the Star Wars excitement as well, posting this unique helmet to their Twitter account.