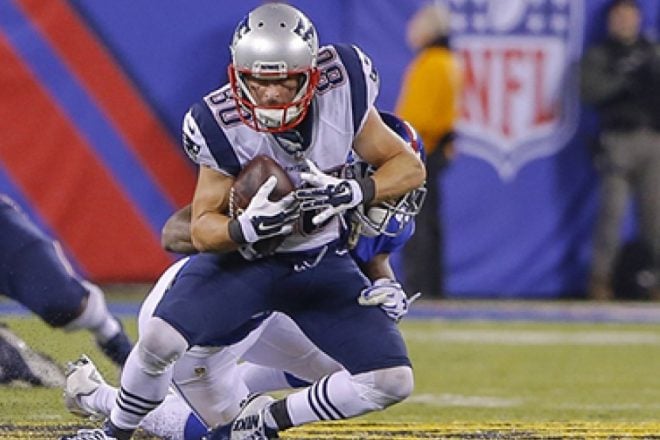 First there is the good news, the Patriots are 9-0 and have a four game lead in the AFC East and are one of only three undefeated teams left in the NFL. The team is playing at a very high level and has to be considered one of the favorites to not only make Super Bowl L but to win it.

Now the bad news, the injury situation is getting ridiculous to the point of being sublime. The team beat the New York Giants without their top RB, WR, LB and the top three ….yes three offensive tackles as well as one of their best guards.

Nate Solder and Dion Lewis are gone for the year, Julian Edelman is probably lost for at least the rest of the regular season and Sebastian Vollmer, Marcus Cannon and Jamie Collins could be out for even longer. And yet this team keeps winning; a mere mortal team would have collapsed under the pressure. But the Pats have Bill Belichick and Tom Brady and they’ve grinded out a couple of wins. But they can’t keep this up forever.

Bill Belichick’s mantra for the team, and one that they’ve followed has always been, “Next man up”. Now one has to wonder if Alan Alda and the MASH unit have been called out of retirement to put all of the players back together again.

OL depth stretched: First starting tackle Nate Solder went down with a season ending injury. The team put swing tackle Marcus Cannon in at LT but in the first quarter of his first game he injured a toe and hasn’t been seen since. Sebastian Vollmer moved from RT to LT and the team activated Cameron Fleming from the practice squad.

Vollmer then went down with a concussion and Fleming, a PS player a few weeks ago is now the starting LT. Bryan Stork, last year’s starting center just came off of IR-Return and is now the starting RT. Right guard Tre’ Jackson is out with a knee injury. Left guard Shaq Mason has been hobbled by knee injury but has played thru it.

The team activated OL Chris Barker from the practice squad on Saturday and he played some on Sunday. But the Giants pass rush, mired as one of the worst if not the worst in the NFL teed off on Brady Sunday. They sacked him three times (and came in with just nine), harassed him and forced him into two turnovers. For the first time cracks appeared in Brady’s protection. The team really needs Vollmer and Cannon back especially with Buffalo and Denver’s defenses on deck.

Dion Lewis was the Patriots dynamic playmaker out of the backfield that put a ton of pressure on opposing defenses. His loss was a big one. Sunday the Patriots countered with a mix of Brandon Bolden and James White. While neither possesses the explosive cuts and elusiveness of Lewis, they’re going to have to step up as the season winds down.

Dealing with no JE is toughest challenge: Now the biggest loss is Edelman who broke his foot on Sunday and is lost for at least the remainder of the season. No one has better chemistry with Brady. Those two are nearly inseparable and are always in tune with the play and what each needs to do on any given down.

Amendola has been excellent this season, but he’s not at Edelman’s comfort level with both Brady and the offense. Now he’ll have to be the go-to guy. Can he do that? Yes but some of the other players are going to have to step up their games.

Both Rob Gronkowski and Brandon LaFell will have to take up even bigger roles now. Gronkowski already has a ton of attention from opposing defenses but he’ll have to step up his game just a tad more. LaFell seems to be getting better and better every week as he’s missed all spring and summer. But the past three games have gotten him to the point where he’s looking like his normal self. He’ll definitely get more looks in the passing game now.

Good Time For 2-TEs, Martin/Dobson: So who steps up, one overlooked target in the first half of the season has been TE Scott Chandler. He did have two drops yesterday but in both cases he was open, the second play was a deep cross where he was running alone in what would have been a big gain. Could the Pats run more two-TE sets with Gronk and Chandler? Absolutely and with LaFell, they’d have a big size mismatch.

Keshawn Martin who came over in a trade earlier this season had made a bit of an impact before he suffered a hamstring injury. And as Ian Logue pointed out this morning, this may be the opportunity to either make or break Aaron Dobson’s time with the Patriots. Dobson was a high draft pick that is still looking to make a mark with this offense.

When Martin was healthy, he was getting the playing time, and Dobson was a healthy scratch. There will be no better time for Dobson to make a name for himself. The clock is ticking and this may be either the time for him to either step up or start looking for a new home.

The Patriots can’t replace Edelman, he’s a unique talent that is tailor-made for this offense and has a tremendous chemistry with Tom Brady. But the Patriots have some talent that they can utilize to get them thru the end of the regular season and into the playoffs when hopefully he can return.

But the biggest needs right now they have is to get Vollmer, Cannon and Jamie Collins healthy and back on the field. They can get by at guard with Jackson out for now but tackle is a big need. Freeny was exposed in coverage against the Giants to the point that the team brought in Jerod Mayo who’s been the forgotten man this season in during the second half.

These moves will give Brady more time in the pocket and allow him to work the other options into the offense. Will they be as difficult to stop as with Edelman and Lewis in there? Absolutely not, but they’ll still be plenty good enough to win.