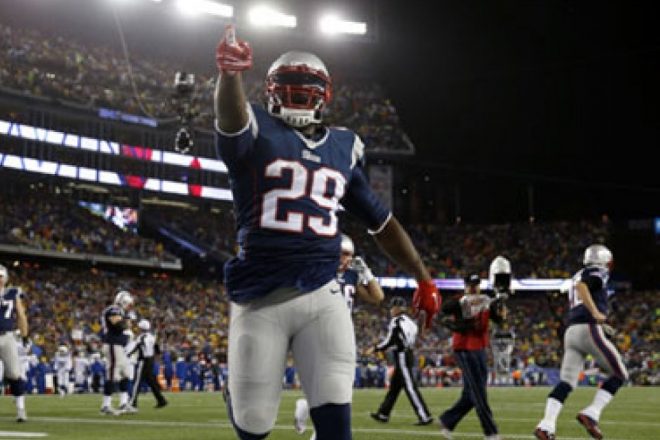 The New England Patriots travel to face the Indianapolis Colts in week six. Here’s a few thoughts on the upcoming contest. —

– Whether you’re a Patriots fan or a Colts fan, you have been waiting for this game since these two last faced each other in January. This isn’t just another regular season game, there will be a high level of emotion from both sides. You have to wonder if that will be a factor in the contest. Which team is able to control their emotions and not let it interfere with their play on the field.

– One player you know will be ready to go Sunday night, Tom Brady. The 38-year-old is playing at an incredibly high level. He’s been dialed in and focused through the first month of the season. He watched his name, reputation, friends and team get dragged through the mud over six months. Brady will take the high road, like he always does, but I have a feeling you’ll see a little bit extra fire in his eyes and that’s bad news for Indianapolis.

–  Although these two teams have developed a new rivalry, even with Peyton Manning now in Denver, it hasn’t been very competitive. Over the past four games the Patriots scored  59, 43, 42 and 45 points. It’s a rivalry because both teams share a mutual dislike for the other, but the Patriots have come out on the winning side in recent years.

Don’t Fix What Isn’t Broken: The Patriots have won in decisive fashion in the last four contests. They aren’t just scoring by airing it out, though, it’s about the trenches. The Patriots have dominated the line of scrimmage on both sides of the ball throughout the recent years. The Colts have not shown the ability to handle the physical play New England brings to the field.

Over the last four games New England has rushed 155 times for 772 yards and 15 touchdowns. On the flip side, the Colts have carried the ball 80 times for 290 yards and two touchdowns.

Until the Colts prove they can stop New England’s two-headed rushing attack with Dion Lewis and LeGarrette Blount, no reason to shy away from the same game plan.

Keep Composure and Stay Patient: As I mentioned before, there’s a lot of emotion for both teams Sunday night. Add in the fact Indianapolis has come up short in recent contests and it’s easy to come to the conclusion they want to prove they’re ready to elevate themselves to the next level.

With the game in Indy, the crowd will bring energy and the Colts will be playing with their hair on fire. In an environment like that, it’s important for the road team to stay patient and stick with their game plan. For New England, it’s about adjustments and eventually, capitalizing on the opportunities that come throughout the game.

Cornerback Assignments: The Colts bring three talented wide outs to the field Sunday. T.Y. Hilton, Donte Moncrief and Andre Johnson pose a threat to a shaky New England defensive backfield. Last year, the Pats matched up Kyle Arrington with Hilton and had success. But Arrington is now with Baltimore, leaving Malcolm Butler or Tarell Brown with the likely assignment.

Brown has shown, as recently as week five versus Dallas Cowboys receiver Cole Beasley, he could have success in the slot. With Brown on Hilton, that likely puts Butler on either Moncrief or Johnson and Logan Ryan on the other.

Moncrief could be the most dangerous, which should draw Butler to his side for the majority of the game. Expect the Patriots to mix-and-match until they find a formula that works, but this will be one of the bigger match-ups to watch throughout the contest.

Even though I have a 21-point win for the Patriots, it likely won’t be an easy victory. I know Patriots Nation is expecting the team to annihilate, take no prisoners and return to Foxboro like it was just another day at the office, but expect some resistance early.

The biggest thought on my mind going into this game is what has changed? The Colts have been a little better against the run, but didn’t address either line in the off-season with major upgrades. It’s hard to see a much different outcome at this point. Sunday night should give us a better idea on where both of these teams stand going forward.