7 years ago at 9:38 am ET
Follow @IanLogue
Posted Under: Patriots Commentary 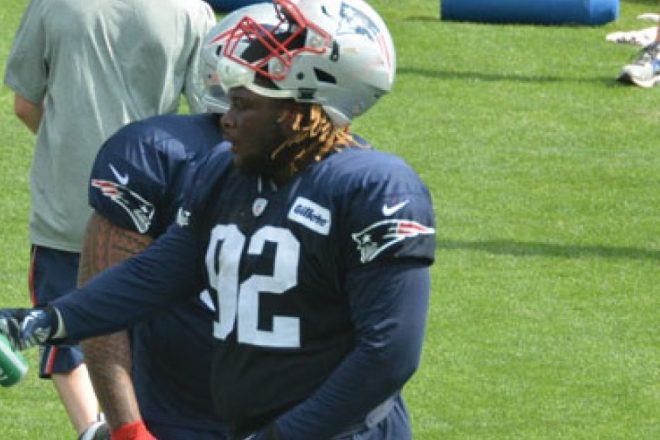 As the Patriots get set to play the Cowboys this week, down in Dallas the media is looking at this game as a potential opportunity for the Cowboys to take advantage of what they believe might be a glaring weakness for New England.

After holding the Jaguars to just 57 yards rushing in Week 3, the Patriots have otherwise given up 134 and 160 rushing yards to Pittsburgh and Buffalo, respectively. Dallas is averaging 107.8 yards per game running the football and they’re tied for 4th in rushing touchdowns with five other teams. However, most of what they’ve done this season on the ground has been by committee and it’s an area that remains a work in progress.

It’s also something that they’ve been struggling with as of late. According to David Moore of Sports Day FW, the Cowboys have 200 more yards rushing in the first half of the last two games than they have in the second. Over that span Joeseph Randle has gained 117 yards on the ground in the first half and lost four yards in the second, with the latter stat having come off of eight carries. That means over eight carries, he’s gone backwards.

If Dallas is hoping to get it together against New England, they’ll need a better effort from Randle than that.

He’s already apparently had some issues this year after head coach Jason Garrett recently told the running back not to leave his feet in an attempt to score at the goal line, yet he did it again in the first half of Sunday night’s game against New Orleans and fumbled the football away during the first half of Sunday night’s game. The turnover was reversed, but that didn’t get him out of trouble and he saw his carries diminish as the night went on.

As it stands right now, New England is 23rd in the league in run defense but they’ve continued to improve after getting pushed around quite a bit to start the season. With Brandon Weeden at quarterback, one would have to believe keeping Dallas’ ground game at bay will be a priority as they try and force Weeden into turning over the football. But either way, Bill Belichick said on Monday they shouldn’t take Weeden lightly.

“They had a lot of production. He’s an experienced player,” Belichick said via the Dallas News. “They have a great offensive line. They have good skill players. They have really good backs, a lot of depth in their backfield. I think he’s done a good job of utilizing those guys. They’re a good football team. I know they’ve lost a couple key players, but they’ll be getting some more guys back next week, and they’ve got a lot of players to work with.

“It’s going to be a big challenge for us. They’re very good in the kicking game, tough team defensively, and a lot of explosive players on the offensive side of the ball. It will be tough.”

BELICHICK NEEDED A PUSH INTO TECHNOLOGY:

As we’ve seen over the years, things have become more technical on NFL sidelines in terms of how coaches and players handle film review and in-game adjustments.

However, it apparently took Bill Belichick time to adjust and required a little push from his friend, Buccaneers Greg Schiano, to get him to take the plunge.

“I’d say part of the confidence in that for me came from Coach Schiano in Tampa, because that’s the way he did it,” Belichick said on WEEI via Mike Reiss of ESPN. “A lot of our coaches felt comfortable with it. I had trouble turning the corner, but after talking to him and working with his staff, we exchanged some ideas that year together, and certainly trusted them to say, ‘Here’s what we did and this really wasn’t a problem; you’ll be all right with it.’ That gave me a lot more confidence to do it.

“Our IT person, Dan Famosi, did a great job implementing that. Probably without a little bit of a push from me, that probably wouldn’t have happened then.”

Belichick said that part of what caused them to make the switch was hearing how it was utilized down there and given the success the Patriots have had, it seems to be working just fine.

NO BRYANT, NO PROBLEM FOR BUTLER 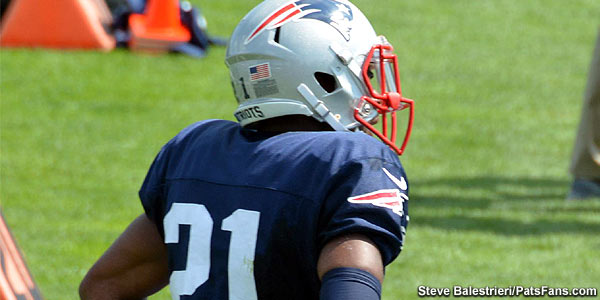 So far cornerback Malcolm Butler has been challenged quite a bit by opposing teams this season and he’s done a good job in matching up against some tough receivers. However, he caught a bit of a break this week since Cowboys wideout Dez Bryant is out after undergoing foot surgery.

It remains to be seen who he’ll be matched up on this week, whether it’s Terrance Williams (12 catches for 193 yards, 2 TDs) or Cole Beasley (18 catches, 174yds), Butler doesn’t care. He’s just looking forward to the challenge.

“You always want to go against the best, but that’s just not the situation in this case, so we’ll take whatever’s out there,” Butler told the Boston Herald. “We’ll play everybody hard no matter who it is.”

WENDELL GLAD TO BE BACK IN ACTION:

Over the last two plus weeks, center Ryan Wendell has been a spectator dealing with what has been called an “illness” that has kept him out of the line-up and allowed David Andrews some valuable reps that has seen him grow quite q bit over that span.

However, the good news is Wendell was back on the practice field on Monday and he was glad to finally be back participating again.

“It just feels good to do your job,” Wendell said via the Boston Globe. “You don’t want to get paid to do nothing.

“We all work hard to try to contribute to the team. You can’t do that when you’re not playing, so it feels good to get out there at practice. Every rep you take, that’s one another guy can rest or another rep you can get working with the guy next to you.”

He wouldn’t reveal what the “illness” was, just that he was following “protocol”. For now, he’s happy just to be on the field.

“I spent time following the protocol the trainers put in front of me,” Wendell said. “I wasn’t ready to go. So just say illness, and that’s passed now. So, moving forward.”

After being released recently by the Patriots, Kenbrell Thompkins landed in enemy territory on Monday.

The wide receiver was picked up by the Jets, who added Thompkins to their practice squad. Thompkins had seemed to be glad to be back in New England and there had been some talk by Bill Belichick that made it appear Thompkins seemingly had a shot at making it to the active roster, but it never materialized.

The two teams will actually be squaring off in the not-too-distant future, with New England set to receive a visit from New York in two weeks following their battle one week from Sunday against the Colts out in Indianapolis.