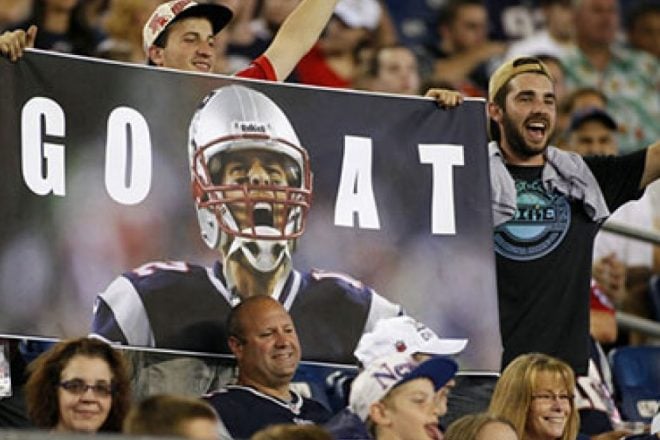 After putting a beating on last year’s “AFC finalist” Colts, fans in Buffalo were beaming and feeling about as confident as could be expected.

And it’s no wonder that with New England coming to town this week, they’re looking forward to seeing just how well this year’s revamped version of their football team measures up to the defending Super Bowl champions.

Bills fans were chanting at the end of Sunday’s game, “We Want Brady!”, which was caught on video by this Patriots fan who posted the video on Twitter.

"We want Brady" being chanted in Buffalo. "Ouch my butt hurts" will be next weeks chant. pic.twitter.com/PuonYDpXY7

The two teams will meet next Sunday with kickoff scheduled for 1pm ET.

H/T to our own forum member Chiuba E Obele for pointing this out.