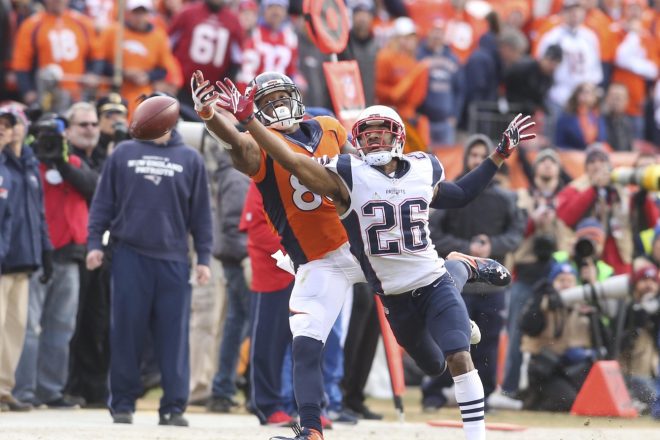 Tom Brady’s final pass as a New England Patriot was far from a memorable one, but in a way kind of appropriate, because it was to an old teammate.

Brady’s final Patriots pass occurred during the 2019 divisional playoff loss to the Tennessee Titans when safety Logan Ryan picked him off for a touchdown to seal a 20-13 win. Two months later Brady of course signed with the Tampa Bay Buccaneers.

Ryan played cornerback for the Patriots from 2013-2016, started 40 games, and won two Super Bowls with Brady.

Fast forward to Saturday, and it appears Ryan is still enjoying his little part of Brady’s history.

Brady shared the following photo over social media of the football Ryan intercepted, revealing he requested to have it autographed.

Judging by how he signed it, we can probably end any remaining talks of a Brady Foxboro return in 2023 unless it’s for a red jacket fitting.

READ NEXT:
VIDEO: Do Your Job – A Day In The Life of a Patriots Practice Squad Player
Posted Under: Patriots Twitter
Tags: Logan Ryan Tom Brady