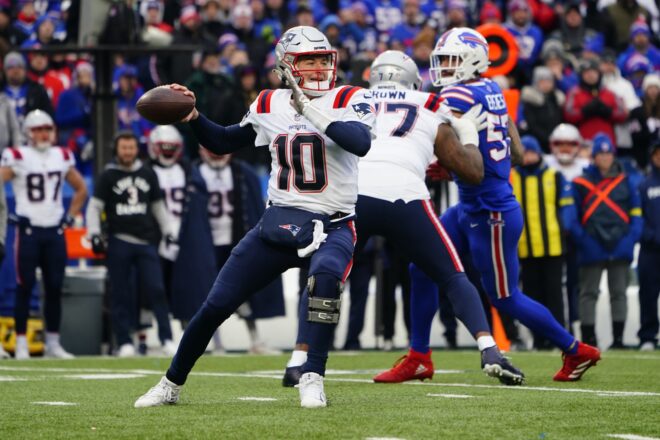 With the 2022 Patriots season now in the rearview following the season-ending defeat in Buffalo, a few members of the team took time over social media in the hours and days that followed to share their final thoughts and thank the fans for their support all year.

The front office meanwhile, will begin an offseason that is expected to see substantial changes to the coaching staff under Bill Belichick, especially following a letter submitted by Robert and Jonathan Kraft to season ticket holders by email stating their intention to “improve the product on the field” and make “critical evaluations of all elements of our football operation as we strive to improve and return to the playoffs next year.”

On Monday, Belichick acknowledged during his season wrap-up press conference he will return for a 24th season and his attention has already turned to 2023.

“We need to improve,” Belichick said Monday. “That’s all of us. Accountability everywhere, starting with me, the coaching staff, players, each unit, all things that we will address. That process will start probably later today.”

Belichick then reiterated that statement when asked if he’ll be back.

“Yeah, I think I just talked about that,” Belichick replied. “So the process will start today.”

In the meantime, you can check out some of the best messages from the Patriots shared over various social media channels below.

Appreciative for All the PATS FANS across the country!!
The support been Crazy All Year!
Much Love! ♾️