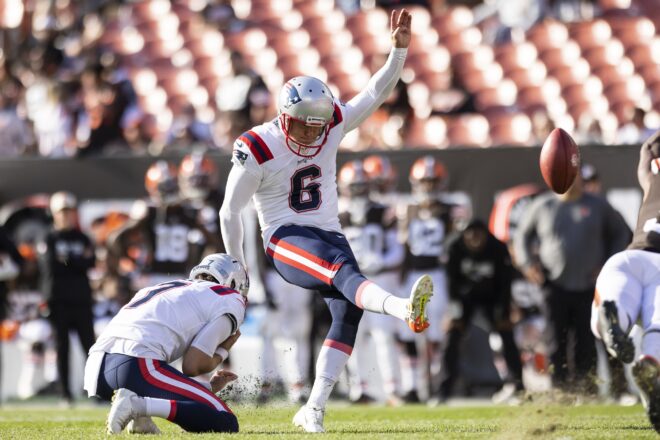 Over his NFL career, Folk has earned eight Player of The Week awards, with four coming as a Patriot.

During his Wednesday morning press conference, head coach Bill Belichick had some high praise for the kicker. Belichick even went as far as referencing two past Patriots legends when discussing his success.

“Nick’s really good,” Belichick said. “Of all the kickers (I’ve coached), he’s probably the smartest — they were all smart, but really just professional. Totally understanding everything about kicking. Adam (Vinatieri) and Steve (Gostkowski) were probably a little more talented, but just in terms of the fundamentals, the execution, the consistency, Nick’s really good. I mean, Adam’s really good, too, you’re talking about a Hall of Fame kicker. Honestly, all three of those guys could be. They’re pretty good. I’ve been very fortunate.”

The consistency Folk has brought over the last three seasons to the Patriots continues a 25-plus-year run of stability at the position for the franchise.

It remains unknown whether or not all three kickers Belichick referenced make it into the Hall of Fame, but it’s clear he is very fortunate to have coached them all.