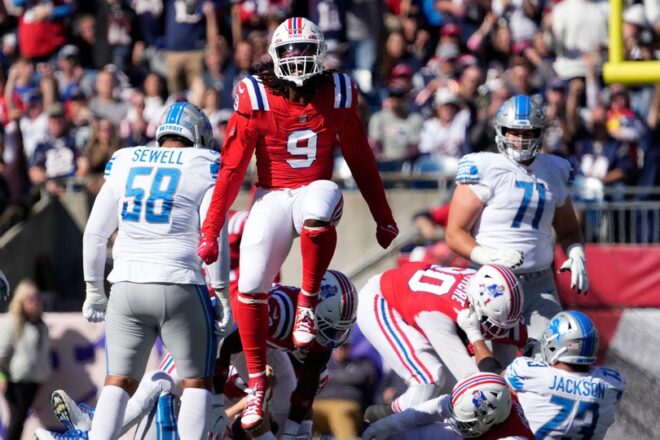 I expected a big win by the Patriots and that was exactly what they went out and did.  Detroit had the worst defense in the league, giving up an average of 35 points a game.  During the game, they lost 5 defensive backs.  By the end of the game, they were playing players in their secondary that were not in the NFL earlier in the week.  On Offense, Detroit had 9 of 11 starters Questionable and missed part or all of practice last week.  So keep everything in perspective when evaluating this win.  Don’t get me wrong, this was a great win, a well-needed win.  The Patriots are just plain better.

There was a huge cheer from the crowd calling out Zappe, Zappe, Zappe at the end of the game.  Quite the kudos for the rookie QB.  Let’s all not get too Zappe Happy, he is the 3rd string, rookie and he might get another start in CLE, but Mac Jones is the starter when he is ready to return.  Zappe’s performance is great news for the team’s future.  I think that the team will feel more comfortable giving Jones another game or two off to heal up.