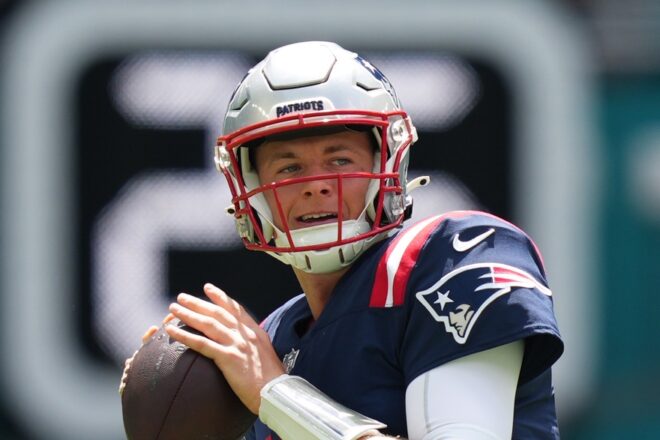 Sunday’s opener down in Miami didn’t exactly go the way the New England Patriots likely wanted, but they potentially ended up seeing one of their key players suffer an injury during the 20-7 loss against the Dolphins.

According to multiple reports, quarterback Mac Jones suffered a back injury at some point during the game and was spotted by reporters heading to the X-Ray room following the contest.

Jones exited a little while later and was seen walking down the runway with staff, but he didn’t attend his post-game press conference, which is generally not a good sign.

Jones had a rough outing, finishing the afternoon 21-of-30 for 213-yards along with a touchdown and an interception, but he took a fair amount of hits during this one.

It started early on, with Jones taking a shot early in the second quarter where the Dolphins blitzed and sent a safety in on Jones on a 2nd-and-10 from their own 15-yard line.  Brandon Jones, who the quarterback never saw coming from his left, completely blew him up for a six-yard loss and forced a fumble.  Miami then scooped up the football and took in for a touchdown, which put the Patriots in an early hole.  After already having opened the contest with an 11-play, 47yd drive that ended with a 43-yard field goal on their first offensive series, that touchdown gave the Dolphins an early 10-0 lead. 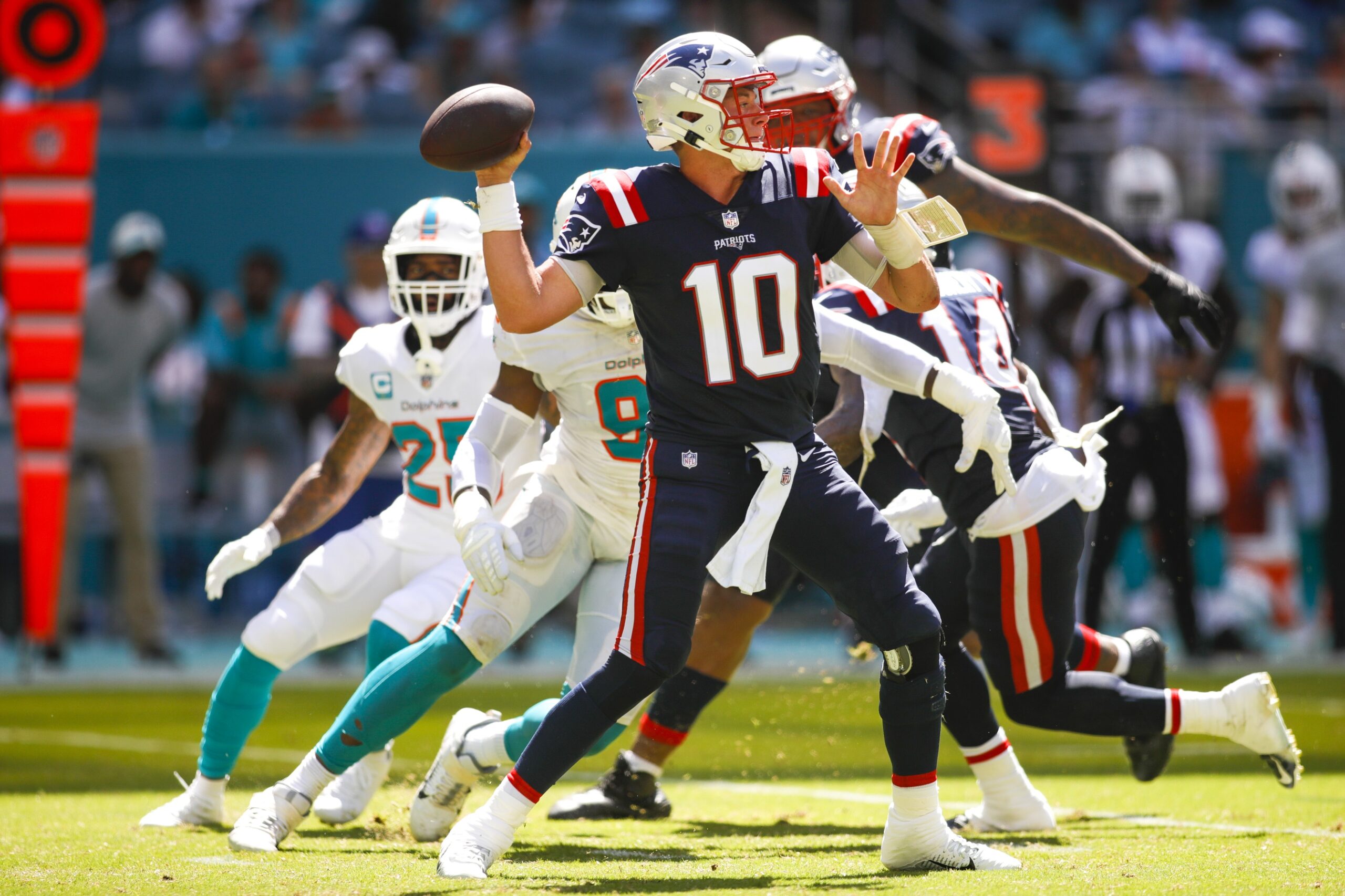 The second-year QB took another big hit late in the game on a 3rd-and-6 from their own 42-yard line after Jones was hit by two players, taking a shot low followed by one up high that twisted him around and he landed awkwardly.

He seemed OK, after he got up, with Jones gingerly making his way back to the huddle.  Unfortunately, he didn’t catch much of a break on the play.  While it led to a roughing-the-passer penalty, that call ended up being offset by a chop block called against center David Andrews, which nullified the chance for it leading to a first down and moving the chains.

That hit seems to potentially have been the issue, as Jones was uncharacteristically inaccurate on his first throw of the next series to Nelson Agholor, with Jones seemingly having a tough time getting much on his straight-line throws toward the end of the contest.

Belichick didn’t have anything to say after the game, offering up a simple “I don’t know” when asked by members of the media of Jones’s status.

It’s certainly going to be something to watch, as the Patriots will now return home to prepare to take on what should be a tough match-up down in Pittsburgh next weekend.  The Steelers had better luck than Jones and the Patriots, with Mike Tomlin’s group pulling off an upset out in Cincinnati on a last second field goal to win 23-20 in overtime.

How Was This Article?
Posted Under: Patriots Injuries
Tags: Mac Jones Patriots injuries

By: Ian Logue
When it comes to Green Bay Packers quarterback Aaron Rodgers, there's something about facing Bill Belichick that seems to bring out the worst in him.
8 hours ago

By: Ian Logue
The New England Patriots are apparently looking to add a little depth at linebacker, and it looks like they'll be bringing back a familiar face…
8 hours ago

By: Mark Morse
Shame that such a strong effort ends up with the Patriots coming up short.
11 hours ago

By: Ian Logue
The Patriots' overtime loss to the Packers is yet another one we can add to the list of games that got away this season.
23 hours ago

By: Bob George
Your record says who you are. Usually. The Patriots stand at 1-3 after four weeks, which is better than the 0-4 many experts predicted (or…
1 day ago
wpDiscuz