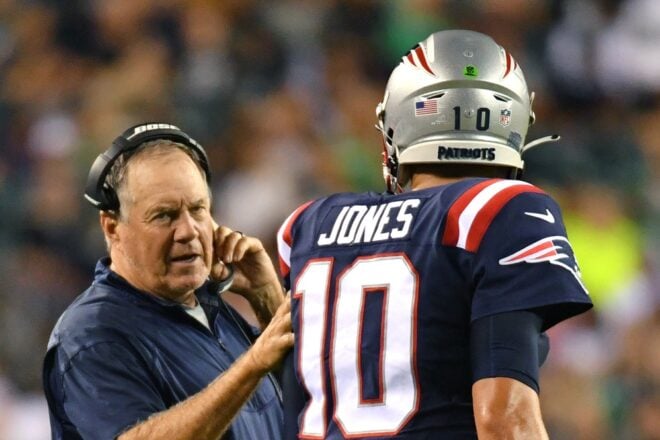 Since the departure of Tom Brady in what is about to be three seasons ago, there’s no question everyone thought there would be a bit of a transition and potentially a dip in expectations until Bill Belichick came up with a long-term plan to get his team back on track.

Initially, Jarrett Stidham appeared to be the quarterback set to inherit the starting role all the way up until the New England Patriots skipped addressing adding anyone behind him through the draft that offseason, only to apparently surprise him by adding Cam Newton at the last minute just a month before training camp in the middle of a pandemic.

For an offseason that included whispers of how thrilled the club was with Stidham and how confident they felt in the former Auburn QB, it’s probably the fastest we’ve ever seen anyone fall.  Despite what we would see a year later, there was no competition that preseason as Stidham ended up being a non-factor during training camp.   Stidham never seemed to put up much of a fight and remained mostly on the outside looking in, even during a so-so year with Newton that ended with a 7-9 season.

All that being said, it’s safe to say that bizarre year turned out in New England’s favor.  It landed them with the #15th overall pick the following offseason which yielded them Mac Jones, who blew away expectations in his first season and looks to potentially be their QB of the future.

So much for a potential competitive drought.

It’s sort of crazy to think that so many teams have gone decades without finding their guy after losing their own long-term starter.  Meanwhile, Belichick essentially had just one season without his.

Raise your hand if you’re a little surprised things worked out this quickly given who Jones was replacing.

Obviously, we don’t know who Jones will ultimately become or if he’ll even be able to elevate this team back into what’s quickly becoming an extremely competitive Conference.  But Jones showed signs in 2021 that he can potentially be the guy to get them back to competing for a championship.  He now heads into his second NFL season with the full confidence of a coaching staff who will likely let him sling it a lot more than they did in 2021, which will hopefully pay dividends. 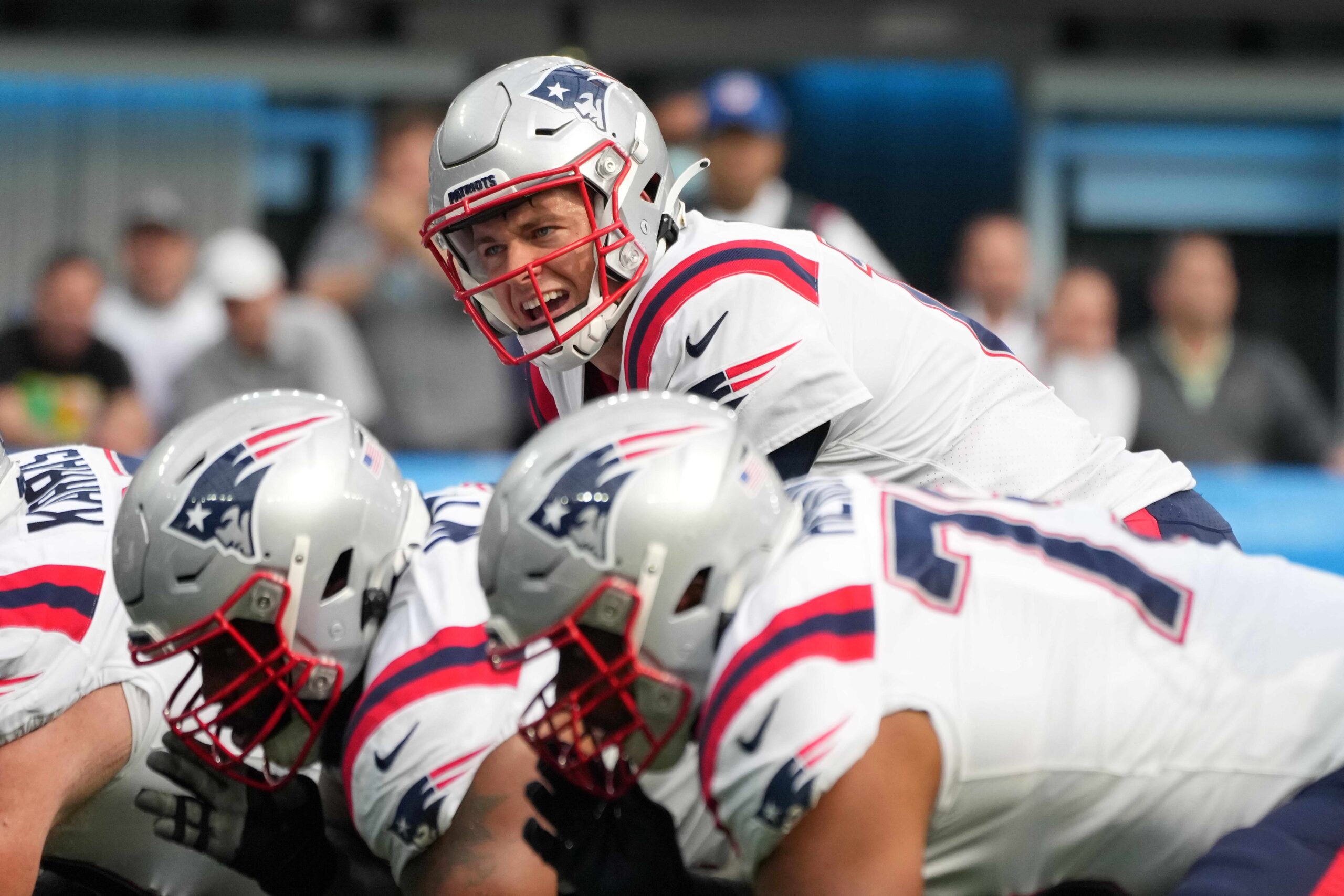 The Patriots already seem to have their QB of the future. (PHOTO:Kirby Lee-USA TODAY Sports)

How far they go will obviously depend on Jones making a few more plays than he did last season while also not turning it over.  The latter was something Jones excelled at after finishing with just 13 interceptions during his rookie season, tied for 9th fewest in the NFL in 2021 (with Patrick Mahomes, Lamar Jackson, Baker Mayfield, and Sam Darnold).

Following Thursday night’s win over the Los Angeles Rams, the Buffalo Bills already look just as formidable as they did last season, with most people expecting the Kansas City Chiefs to join them as the two teams to beat again in the conference.  Most also believe they’re again the bar the Patriots will need to reach in order to get back into contention.

However, the Cincinnati Bengals reminded everyone back in January that a well-played game against seemingly unbeatable teams can result in an upset.  The defending AFC champs have yet to play their first regular season game, but the Bengals’ style of play was clearly successful against the Chiefs and was nearly enough against the Rams in February.  It’s just further proof you don’t need to be a high-flying offense to be competitive against those types of football teams.

The Patriots would definitely not be considered a team who falls into that category.  They have a solid running game with what is arguably the best running back duo in football in Damien Harris and Rhamondre Stevenson, both of whom could also end up seeing some action catching more passes out of the backfield after what we’ve seen this preseason.

Their receiving corps is also a little more well-rounded than it was last season with four solid targets in Jakobi Meyers, Nelson Agholor, Kendrick Bourne, and DeVante Parker, with rookie wideout Tyquan Thornton set to hopefully also return at some point following his collarbone injury.  Add in Hunter Henry and Jonnu Smith and it’s an offense that isn’t necessarily elite, but good enough all around to give opponents problems.

Jones remains the wild card in all of this, but there’s no question that he’s already proven he’s potentially capable of getting Belichick’s group heading back in the right direction.  That’s sort of a miracle considering what we’ve seen other teams deal with.  When you take into account clubs like Carolina, the Jets, Miami, Minnesota, San Francisco, and even Buffalo and Kansas City prior to the arrival of Josh Allen and Patrick Mahomes, each of those franchises went well beyond a decade after losing their starters.  For the Patriots to have “suffered” through one season, it’s pretty unbelievable.

For now, New England seems to have caught lightning in a bottle twice if Jones ultimately pans out.  While there’s obviously plenty of doubt out there coming off the departure of offensive coordinator Josh McDaniels and what seemed to be a chaotic preseason, the fact we can even ponder a best-case scenario where they’re even a possibly a factor coming off of last year’s performance is pretty unreal.

Should they get all those issues ironed out, this is a team who has won multiple titles with a group of very good and not necessarily elite (Brady aside) players.  The only question is going to be whether or not Jones can be good enough to get them back into the conversation, and that first answer will finally come when the season kicks off on Sunday down in Miami.

By: Steve Balestrieri
Goff has been lighting it up this year (11TDs, 3 INTs) and has plenty of options to pick from, even being short-handed.
5 hours ago

By: Mark Morse
Coach Dan Campbell has the Detroit Lions working hard and together as a team despite a rash of injuries.  Don’t dismiss their 1-3 record.
5 hours ago