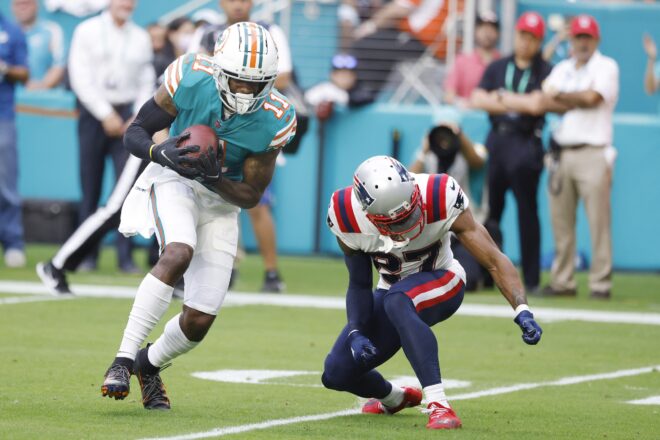 For the first time since the retirement of Julian Edelman, it appears New England Patriots uniform number 11 will be re-issued this fall.

On Wednesday, wide receiver Devante Parker shared a photoshopped image of himself wearing a number 11 Patriots home jersey on Instagram.

“👀 I don’t give a damn if u like it or not,” Parker wrote in an accompanying caption.

During his first seven seasons as a Miami Dolphin, Parker sported number 11.

Edelman later responded to the news with a funny “.gif” image.