1 month ago at 1:33 pm ET
Follow @IanLogue
Posted Under: NFL 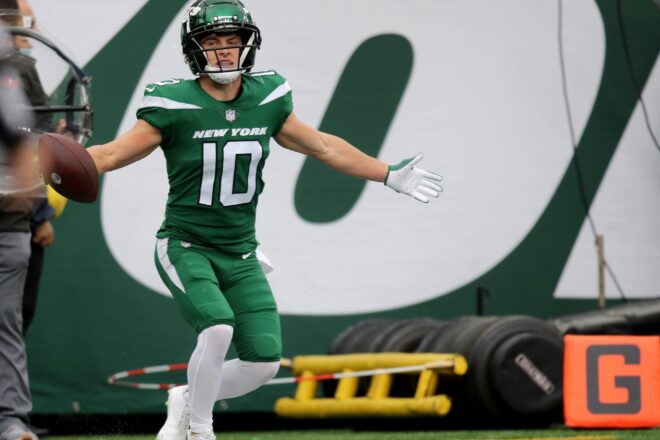 While we know the Patriots have had their share of issues drafting a wide receiver, the New York Jets have apparently also not had much luck.

According to ESPN’s Rich Cimini, the Jets have drafted 25 receivers going back to 1996, with the last receiver to make the Pro Bowl for the Gang Green being Keyshawn Johnson, who was the Jets’ No. 1 overall pick back in 1996.  He made the Pro Bowl in both 1998 and 1999 with the club.

They also haven’t had a receiver record a 1,000 season in quite a while, with 2004 pick Jerricho Cotchery doing it in 2007 when he had a career season after finishing with 82 receptions for 1130 yards and 2 touchdowns.

Cimini also notes that of the 24 receivers drafted since Johnson, only four have recorded multiple 100-yard games with the team.  Cotchery (8), Santana Moss (7), Laveranues Coles (13), and Dedric Ward (4).

They did have some luck last offseason, with last year’s second-round pick, Elijah Moore, emerging as a player who many believe could come up with a big second season, which appears to be the hope given their current roster.  Otherwise, they appear to have significant question marks at the position heading into 2022, having re-signed Braxton Berrios but they lost Jamison Crowder to free agency.

Granted, it’s a little ironic that Berrios has turned into a starter, given that he was a 6th-round pick by New England back in 2018. He just happened to be on a crowded roster the following preseason in 2019 that saw him get waived, with the Jets ultimately claiming him. Now he’s a key part of their offense that still needs someone to better compliment those two players.

As it currently stands, they have just Corey Davis behind Moore and Berrios as a potential roster lock.  After those two, it appears that Denzel Mims is a guy who they hope can have a strong camp.  Mims has reportedly cut his body fat to 8% and the reports seem to be positive.

Unfortunately for Jets fans, that’s a lot of “ifs”.  As it currently stands, last year’s first-round pick, quarterback Zach Wilson, doesn’t exactly have the strongest group around him and it definitely seems like he’ll likely have to work hard for everything yet again in 2022.

(EDITOR’S NOTE: Portions from the above also appeared in this morning’s news and notes column.) 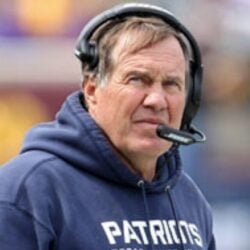 By: Russ Goldman
In this episode, Steve and Derek break down the 2022 Patriots regular season schedule. The guys also discuss Vince Wilfork's election into the team Hall…
1 hour ago