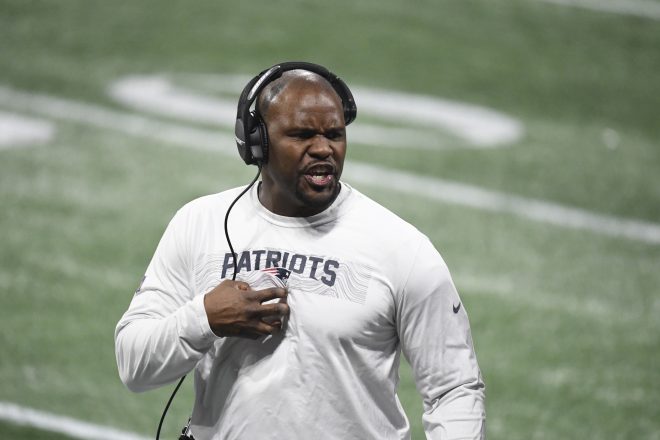 The situation down in Miami appears like it’s going to get pretty messy, but at the end of the day, there’s no way that Brian Flores shouldn’t still be the Dolphins’ head coach.

Flores, who took over a mess in Miami and wasted little time in turning the club back into a competitive franchise, was let go for what appeared to be philosophical differences with the front office and we learned a little about that by the lawsuit Flores brought against the NFL.

The former Patriots defensive coordinator is suing the league for racism, largely seemingly sparked by a mistaken text sent by head coach Bill Belichick.  According to reports, Belichick inadvertently sent a text to Flores congratulating him on being the guy the Giants wanted, with the text instead having been intended for fellow former Patriots coach, Brian Daboll, who was also in the running for the position.

The problem was, the text arrived two days ahead of Flores’ interview with the Giants.  Flores did go through with the interview, but the team did ultimately end up hiring Daboll.

Flores cited what the suit called “sham” interviews to satisfy the Rooney Rule, which requires teams to interview candidates of color when it comes to head coach openings.

It’s not like he doesn’t have of a point.  Most of the musical chairs for openings for head coaching positions right now have stopped and Flores is one of the few left standing, which is surprising given the fact he was certainly more qualified than several other candidates.

That in itself seems pretty ridiculous.  You’ve got a guy who players respond to and he was clearly behind the immediate turnaround in Miami.  Not to mention the fact his overall body of work in his brief period as a coach has been impressive, including the fact he put together back-to-back winning seasons in Miami.

His final effort saw him turn around a year that included the distraction of the team’s pursuit of DeShaun Watson.  Between that and injuries, the Dolphins lost 7 straight at one point, which would have been too difficult for most clubs to overcome.  However, Flores managed to keep it together and get back on track, with his team finishing out the year winning 8 of their last 9.

But it turns out, there were apparently problems that existed there long before now and it sounds like it started in his first season.  The lawsuit alleges that Dolphins owner Stephen Ross offered Flores $100,000 per loss in 2019 in an effort to improve their draft position.  Another report also implies that Flores refused to be involved when the team was reportedly interested in luring Tom Brady to Miami after he left New England.

Flores spoke out about the decision to move forward with the lawsuit against the league, releasing a statement where he said that even if it costs him the ability to coach again in the future, to him, this is far more important.

“God has gifted me with a special talent to coach the game of football, but the need for change is bigger than my personal goals,” wrote Flores. “In making the decision to file the class action complaint, I understand that I may be risking coaching the game I love and has done so much for my family and me. My sincere hope is that by standing up against systemic racism in the NFL, others will join me to ensure that positive change is made for generations to come.”

Fortunately for Patriots fans, he’s out of the division and it weakens one of New England’s AFC East rivals.  But either way, the fact he’s not a head coach in 2022 is definitely puzzling, to say the least.