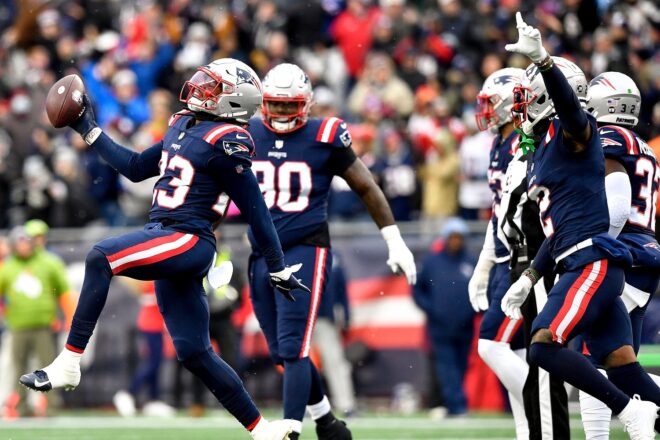 In the words of Larry the Cable Guy, “Let’s Git-R-Done” and that’s exactly what the Patriots did on Sunday.  It was not pretty as Tennessee gave the Patriots everything they had, but in the end, the better team won.  Coach Vrabel had his undermanned team ready to play and they made it a game for a half.  In the tale of two halves, the Patriots Defense dominated the second half by making big plays on defense (4 turnovers) and Mac Jones did just enough to manage the win.

Final Analysis:  This was a gut check game for the Patriots. The Titans are a tough team and they punched the Patriots in the nose.   If you just read that the Titans ran for 270 yards you would think the Titans won the game.  The Defense bailed the team out by shutting out the Titans while the Offense got more physical and ran the ball to score 20 points. The Patriots put up 36 points against the #4 Defense against the run even if you have 4 starters missing.  On the flip side, the Defense held the Titans to 13 points.  It isn’t always pretty and you can’t count on 4 turnovers a game.  What this does show is that the Patriots can beat you in many different ways.

READ NEXT:
What are the odds of the Patriots winning the Super Bowl?
Posted Under: 2021 Patriots Season