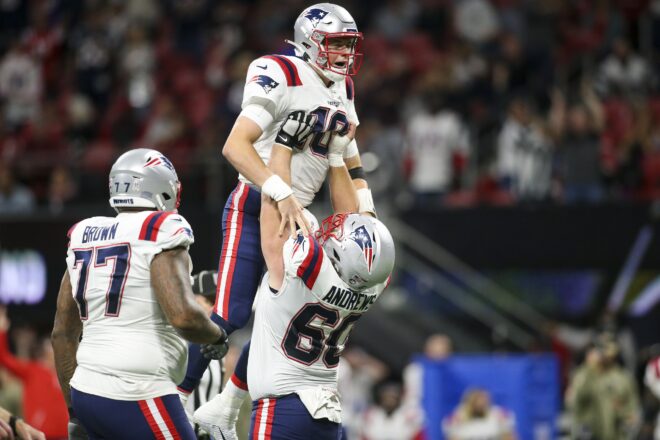 At one point this past offseason, it appeared Patriots center David Andrews might be playing elsewhere this fall when he entered free agency.

Instead, the Patriots and Andrews came to an agreement on a new four-year deal that kept the team captain in Foxborough and so far in 2021, he has played a vital role on an offensive line that when healthy is one of the best in football.

This past Thursday, NFL Films shared some mic ‘d-up footage of Andrews during the Patriots Week 10 win over the Browns, a game that saw Andrews and his fellow linemen help the running backs combine for 184 rushing yards and two scores.

You can check out the full video from NFL Films below featuring quite a few funny moments.

"Can you believe they pay us to do this?"