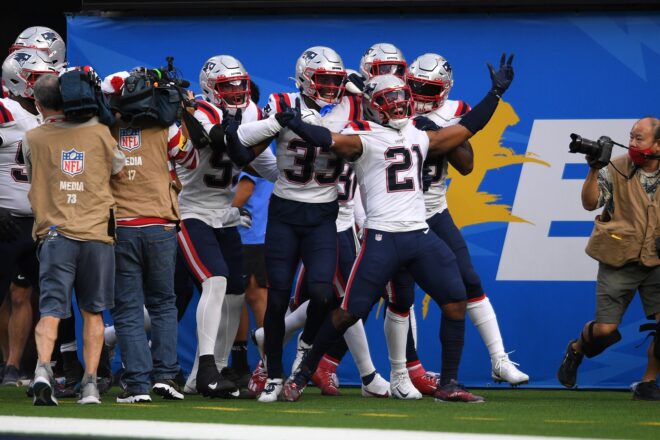 The New England Patriots put together their fourth win of the 2021 season this past Sunday against the Los Angeles Chargers in California.

The game marked the Patriots’ first winning streak of the year and improved their road record to 3-0 on the road.

Notable moments during the game saw returner Gunner Olszewski return three punts of 20 plus yards, a first since Troy Brown in 2000.

Additionally, kicker Nick Folk continued his strong season with four field goals in a game for the third time this season and safety Adrian Phillips put together his first career two-interception game, one of which led to his first career touchdown on the return.

The Patriots will head south to Charlotte, North Carolina to take on the Panthers at 1 pm EST this Sunday.