The Patriots’ defense was great in 2020, but much of their issues were with the front seven. The secondary play was good but suffered from not getting much help from the pass rush. In fact, the Patriots have had one of the best secondaries in the league for the past several years.

The loss of Stephon Gilmore with a torn quad muscle hurt, but the handwriting was on the wall already. But with the loss of Gilmore, pushed J.C. Jackson to the #1 corner role, something that was watched closely with Gilmore on the wrong side of 30. It didn’t go as well as hoped.

Is Jackson a #1 corner? If he is, he’ll have to show more of it beginning this week. He told the press he has no doubt that he is. But saying it, and doing it are two different things. Gilmore and the Patriots are supposedly no farther along in contract negotiations. He’s in the last year of his deal. The Patriots have three options, give him a long-term extension, add a shorter extension, or let him play out his current contract and be prepared to wave goodbye during the offseason, if not trade him at the deadline.

But, with the team expecting to compete for a playoff spot this season, trading a #1 corner at the deadline isn’t conducive to winning. The fact of the matter is with Gilmore the Patriots have a pretty deep unit, without him, then they are not.

Jackson returns after signing a one-year, 2nd round tender. The team has to make a decision with him next year at the latest but should do so during the season to sew him up long-term. They lost the versatile Jason McCourty but gained Jalen Mills in free agency, so that worked out well. Jonathan Jones returns and is stellar playing out of the slot. Then it is a battle between Joejuan Williams, Myles Bryant, D’Angelo Ross, Michael Jackson Sr. and Dee Virgin for a single roster spot.

Discussion – When it comes to the cornerback position there is the position with Gilmore and without him. With Gilmore, Jackson, and Jones as the top three corners on the field, the Patriots are more than solid, they’re in great shape. But without their top corner, it becomes more of a question mark. 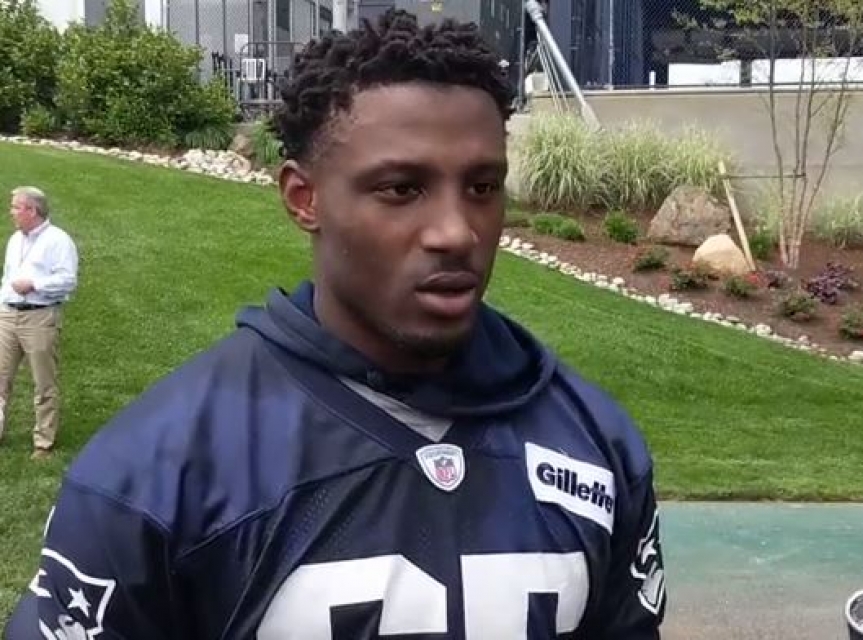 J.C. Jackson is one of the biggest ballhawks in the league in his first three seasons. (SBalestrieri photo)

Stephon Gilmore: We know that Gilmore is upset with his contract, his comments on social media made that clear several weeks ago. But was his absence at OTAs, and minicamp a sign of that displeasure or the fact that he wasn’t fully healed from his surgery on his quad…or a little of both? The NFL’s Defensive Player of the Year in 2019 is still one of the best cornerbacks in the league, and he wants to get paid like one.

We do know that Gilmore did arrive at camp already with some of the veterans and rookies. But he will start training camp on PUP, however, he can come off of it at any time. The team will have to make a decision on him and sooner rather than later. There’s no doubt with him on the field, the defense is on another plane.

J.C. Jackson: Jackson is another one of UDFAs that Bill Belichick (who can’t draft or build a team if you listen to talk sports radio), seems to find every season. In his three seasons with the Patriots, he’s logged 17 interceptions and has played extremely well.

Last year he was second in the NFL with 9 interceptions and is now playing on a one-year deal. When opposing QBs have targeted him in his three seasons, their QB rating is just 44.7. That’s a pretty darned good start to his career. The Patriots need to make a decision on him as well. Jackson has earned his payday, so if the Patriots don’t pay him, someone else will.

Jonathan Jones has been the slot corner and the matchup against speedsters, as he’s probably not only the fastest corner but one of the fastest players on the team. He’s also good in run support as well.

Jones is in essence a starter because the team plays so much nickel, and remains one of the very best and versatile slot corners in the game.

Jalen Mills will be expected to fill the role that Jason McCourty played so well. And the Patriots, like many other players this spring, paid him well, with Mills getting a four-year contract worth $24 million dollars, with $9 million guaranteed and a $2.5 million dollar signing bonus.

Mills is a versatile player who can play both corner and safety. This spring he was mostly on the outside because Gilmore was not present. But once the season starts, we can expect him to move around a lot. 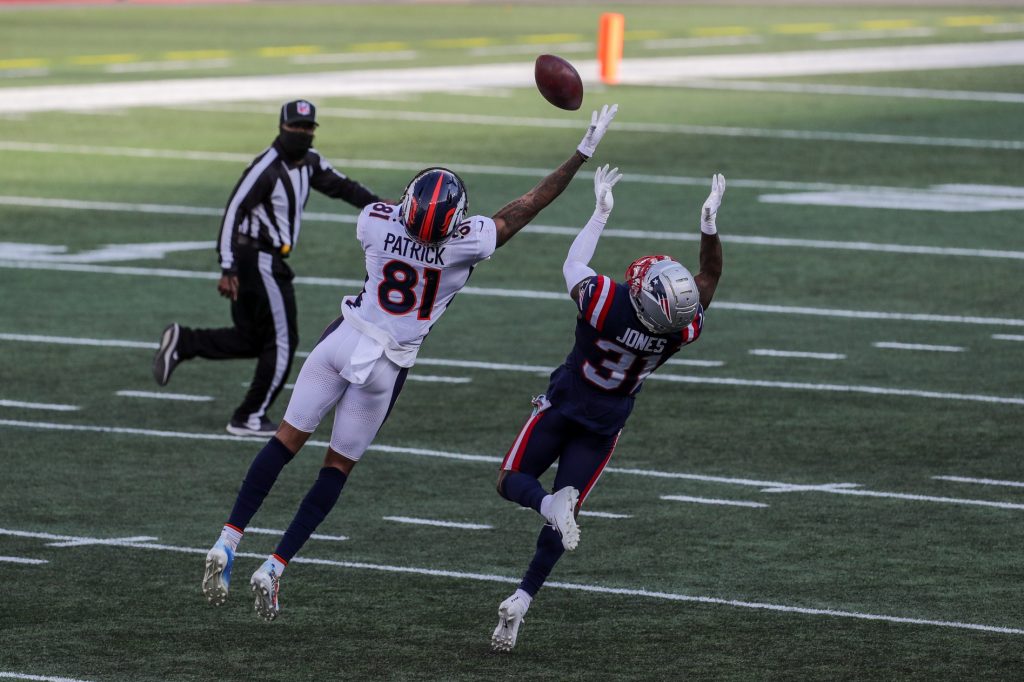 Myles Bryant is another (gasp) UDFA that came on board last year and played some meaningful and productive snaps at cornerback. Bryant is best suited for the slot, but expecting him to push Jones may be setting the bar a bit high.

But he’s absolutely in the running for a roster spot. He can also play some safety as well which bodes well for him as versatility is big with the team.

Joejuan Williams is a former 2nd round draft pick who has had really nowhere to go with Gilmore, Jackson, and Jones as the top three options. But his draft position has made him look like a disappointment. And for a 2nd rounder, playing less than 15 percent of the snaps isn’t a great look.

But at 6’3, 212, he’s built to cover big wide receivers and tight ends and can be used in that aspect, but his lack of snaps still leaves a lot of unanswered questions about his ability to play in the system. This camp will be a big one for him.

Ross, Jackson Sr., and Virgin can all play but they are facing a numbers game that doesn’t bode well for them unless someone was to get traded…or hurt. Will the team keep five corners or six? It may come down to a decision over Bryant or Williams with the others scrambling for reps in the preseason.

By: Robert Alvarez
Patriots officially announce the hiring of Bill O'Brien as the offensive coordinator and quarterbacks coach for 2023.
14 hours ago

By: Robert Alvarez
Rob Gronkowski shares his thoughts on the Patriots bringing back Bill O'Brien to run the offense and voices his excitement and optimism.
15 hours ago

By: Ian Logue
Quarterback Bailey Zappe got a little love from his hometown recently, with the former Victoria, Texas East High School signal-caller reportedly set to see his…
2 days ago
wpDiscuz