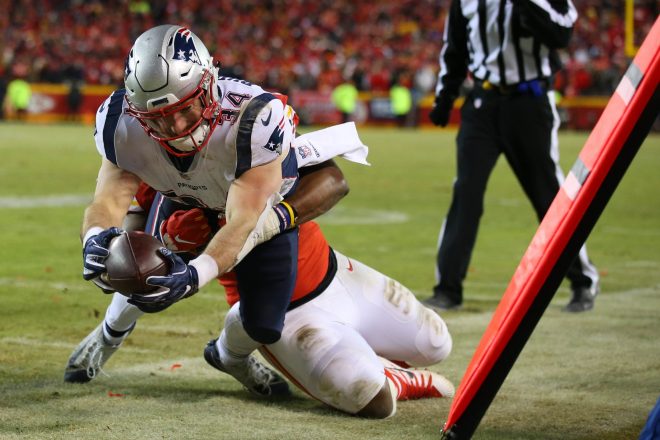 After a stellar start to 2020, free agent running back Rex Burkhead’s season came to an abrupt conclusion after he blew out his knee in Week 11 against the Houston Texans.

During the New England Patriots 27-20 loss in Texas, Burkhead took a direct hit to his right knee, tearing his ACL and ending his season.

This past Thursday, Burkhead shared an update on his health with a workout video over Instagram

Entering his ninth NFL season, the soon to be 31-year old Burkhead hasn’t generated much interest so far in free agency.

Presently, the Patriots are carrying five running backs on the active roster, but given Burkhead’s likely low salary and familiarity with the system, a return to New England remains a possibility, especially for a team that values depth.

How Was This Article?
Posted Under: Patriots News
Tags: Rex Burkhead

It would be a shame if after all the hard work that goes into rehabilitating that type of injury goes in vain if no team is interested enough to offer him a contract! Hang in there Rex, many PATS fans including myself are rooting for you.

By: Robert Alvarez
Julian Edelman pokes fun at Bill Belichick following his Wednesday press conference where he reminded the media he was not a doctor.
22 hours ago

By: Robert Alvarez
Patriots veteran CB Jonathan Jones plays a challenging "Who You Rather" game in a funny video shared by the team.
22 hours ago