2 years ago at 9:39 am ET
Follow @IanLogue
Posted Under: Patriots News

1) Quarterback clearly remains the priority in New England but the current receiving group is also another big question mark heading into 2021.

While the goal is obviously to add some talent to the mix this offseason, the Patriots are likely hoping to get some help from within by continuing to develop their own roster.  One player, N’Keal Harry, is already hard at work this offseason at trying to do just that as the former Arizona State standout has been working on his route-running and catching passes from an unlikely source.

According to the Boston Globe, Harry has been getting some additional help using a machine called the “Seeker”, which is an advanced JUGS machine that simulates passes from a quarterback. He spends time in his backyard catching stationary passes or doing quick-cut work and he’s also been taking it to local football fields to work on his route running.

“I’ve been running every route — slants, fades, outs, ins, basically everything, curls,” Harry told the newspaper. “I can do everything with the machine.”

Harry isn’t the only Patriots receiver to use the device.  According to Monarcsport’s Instagram page, the company behind the machine, James White has also been using it to get his own work in this offseason.

Other former Patriots utilizing this invention include Danny Amendola and Mohammed Sanu, with Amendola featured in a video on their YouTube page.

The machine runs off a generator and holds 6 footballs, and has some pretty impressive specifications. According to their website, it has a maximum range of 100-yards with a launch height of 62-inches.  It also can bring the heat, firing passes at up to 70mph.

Needless to say, it’s a pretty cool invention but it’s certainly not cheap.  An article in Forbes lists the cost at $50,000, so it’s a significant investment.  For now, give him credit.  Harry is investing in himself and the Patriots are likely hoping it pays off.

2) Out in Seattle, while the Seahawks seem intent on keeping quarterback Russell Wilson in the fold, it sounds like they’re not dismissing possible trade offers.

Wilson, who recently made it known which four teams he’d play for, has had teams inquire with the Seahawks to try and get a feel for what it might cost for his services.  While they’re not shopping him, ESPN’s Dianna Russini reports, they are listening.

I was told the Seahawks are not “shopping” Russell Wilson but calls made from other teams inquiring have been answered. https://t.co/NjQAydY012

The veteran quarterback is said to be unhappy by both the team’s recent disappointing finishes, as well as not being included with some of the club’s decisions.  NFL Network analyst Mike Silver believes that head coach Pete Carroll will likely try and clear things up, but it remains to be seen if the two can find some sort of long-term common ground.

We’ll see how it plays out, but it remains a story to watch nonetheless. 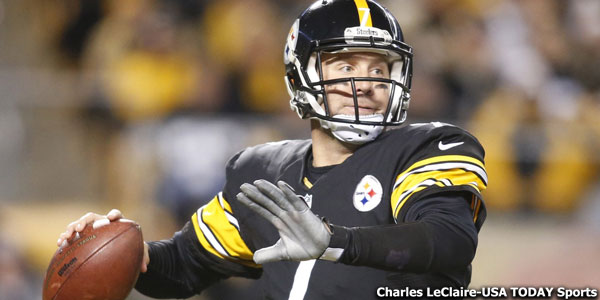 It looks like Roethlisberger will remain in Pittsburgh for another season.

3) Moving back to the AFC, it appears there will be one less QB change coming in 2021.

ESPN’s Adam Schefter reported on Thursday that the Steelers reached an agreement on a new contract with Ben Roethlisberger, which will include a pay cut that will spread his contract out and lower his cap hit by over $15-milion.

It seems like this one needed to happen, as Roethlisberger’s future appeared to be in doubt after some of the early talk this offseason where he didn’t exactly receive the support of the front office publicly.

“As we sit here today, Ben is a member of the Pittsburgh Steelers,” said GM Colbert last month. “He reiterated to us that he wants to continue to play. We told him we have to look at this current situation.”

Colbert’s tone has since changed following yesterday’s news, which was certainly an interesting turn of events.

“We are excited we were able to come to an agreement with Ben Roethlisberger on a new contract for him to return to the Steelers in 2021,” Colbert said in a statement. “We know that Ben can still play at a high level and do special things for this team. Our goal remains the same – to put together a roster that will compete for another championship. We are happy that Ben will be one of our leaders to help us accomplish that goal.”

Roethlisberger was pretty banged up by the end of last season, with Pittsburgh struggling down the stretch after their 11-0 start.  They lost four of their final five games to finish 2020 and got knocked out in the Wild Card round by the Cleveland Browns.  That loss was fairly shocking, yet oddly satisfying considering several players were already talking about their Super Bowl plans just a month earlier.

In the meantime, Roethlisberger sounds like he’s looking forward to coming back for another season.  If nothing else, it takes Pittsburgh out of the quarterback mix as New England continues searching for their own long-term solution. 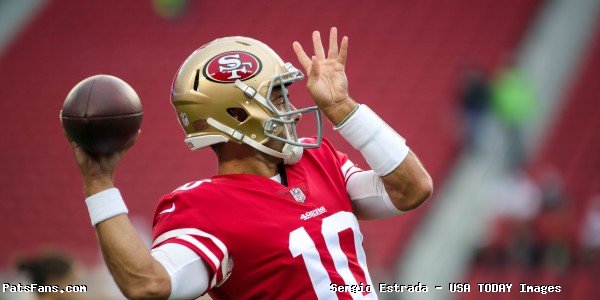 4) Mike Lombardi of the Athletic had an interesting theory regarding the 49ers, who he believes might still move on from Jimmy Garoppolo this offseason.

According to Lombardi, he wrote a column in the Athletic where he believes there may be one player who may make sense for San Francisco and he feels it could be Sam Darnold.  Lombardi feels the Jets might be willing to accept a second-round selection to get it done, which would definitely be surprising if it was to happen.  The only caveat remains what happens down in Houston, as Deshaun Watson is obviously the preferred option but it remains to be seen whether or not Watson will be able to force the Texans into moving him.

The 49ers are interested in adding a quarterback, but not just any quarterback. They likely have their eyes on a select few. When a team needs a position, they get mentioned as a contender for anyone who plays the position in need, even though it makes no sense. Would they have an interest in Jets quarterback Sam Darnold?  Yes, for sure.  Why? Because Darnold fits the profile that Shanahan loves at the position: athletic, can throw moving to his left or right, and has the arm strength to make the defense defend every blade of grass on the field.  The 49ers could acquire him with a second-round pick and then trade Jimmy G. The Jets are seeking a top-10 pick in the second round for Darnold—something the 49ers don’t currently have as their pick in the second round is No. 43 overall.   The Jets are currently on the clock as the Jags will select Trevor Lawrence, giving Jets general manager Joe Douglas his pick of the remaining quarterbacks.

In the event it plays out that way, the problem then becomes the fact Houston could potentially want Jimmy Garoppolo, as GM Nick Caserio is familiar with the veteran QB and he’ll at least provide the Texans with a viable starter who has already led one team to a Super Bowl appearance.  There’s probably no way Watson goes without a reasonable back-up plan and that would be the most obvious solution.

If that happens, it takes Garoppolo out of the mix and as well all know, Bill Belichick would probably love an opportunity to bring him back here.

Some reports have mentioned the fact San Francisco inquired about Tedy Bridgewater, but Lombardi, who worked with Kyle Shanahan in Cleveland, said he doesn’t believe there’s really any interest there.

Another bit from his column:

Everyone in the NFL knows the 49ers have been doing their due diligence on all quarterbacks who might be available, although I highly doubt they called the Panthers about Teddy Bridgewater. 49ers coach Kyle Shanahan was never a huge Bridgewater fan during his time in Cleveland when Bridgewater was available in the draft. Shanahan is rather specific in what he wants for his offense from the quarterback position, and those qualifications don’t fit with Bridgewater’s game.

So it remains a waiting game.  With free agency set to begin, hopefully, it won’t be much longer before we start getting some answers to a few of these situations.

5) Justin Milne of the Draft Network reported recently that the Patriots were among teams who were expected to hold a virtual meeting with BYU’s Dax Milne.

Milne, who is listed at 6’0″, 190lbs, caught 70 passes for 1188-yards and 8 touchdowns in 2020 and while he’s not expected to be a top prospect, he’s expected to be among the players available in the later rounds.  That’s an area where the Patriots have typically had some luck and looking at film, he’s an interesting player.

He’s extremely quick and he looks like a pretty good mix between Julian Edelman and Amendola.  He made quite a few plays where he fought off defenders with his strength and he’s fairly elusive after making the catch, even with guys around him.

As a result, he’s someone that you may want to keep an eye on and here’s a highlight video of him for anyone interested: