1) Being a Seacoast native, I certainly appreciate how unique that area is since I grew up there and New Hampshire has been my home for many years.  However, it appears that Patriots third-year player, Chase Winovich, has found an appreciation for Portsmouth as well.

Winovich posted on Twitter this week that he’s a big fan of Portsmouth, NH to the point where he changed his Twitter bio to that location and is in the market for a rental.

I changed my Twitter bio’s location to Portsmouth. I will find a place to rent. Speak it into existence 🤞🏻🤞🏻🤞🏻

Local businesses in the area have already taken note, with restaurants such as the Roundabout Diner on the Portsmouth Traffic Circle and the Friendly Toast on Congress Street each reaching out to him on social media and inviting him in for a visit. Plenty of local Patriots fans have welcomed him as well, encouraging him to settle in and enjoy everything the city has to offer.

Winovich first expressed his love for the area earlier last month, calling it “the coolest city in the world.”

The area has changed a lot over the years and it’s become quite a spot for those who enjoy a bustling downtown area with a historic feel, which likely explains Winovich’s affinity for city and his desire to move there.  Many probably remember many years ago that other Patriots have enjoyed the seacoast, with former QB Drew Bledsoe spotted in Kittery, Maine on a couple of occasions during his tenure.

Needless to say, during the offseason don’t be surprised if you see a 6’3″ 250-pound man with blonde hair enjoying the downtown area.  Definitely, a fun story and he certainly picked a great place to spend his time off. 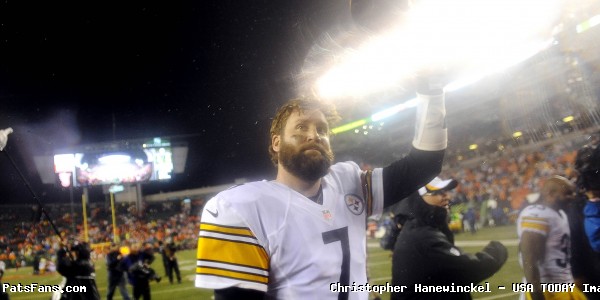 Is Roethlisberger’s time in Pittsburgh coming to an end?

2) It’s starting to look like Steelers QB Ben Roethlisberger’s future with the team might be coming to an end.  According to ESPN NFL Nation reporter, Brooke Pryor, Pittsburgh GM Kevin Colbert didn’t exactly give a strong endorsement for Roethlisberger this week as their quarterback heading into 2021.

“As we sit here today, Ben is a member of the Pittsburgh Steelers,” said Colbert. “He reiterated to us that he wants to continue to play. We told him we have to look at this current situation.”

Given Roethlisberger’s recent bout of injuries, including a knee injury that other reports called “significant”, it was a tough year for the veteran QB. Following the team’s shocking Wild Card round exit at the hands of the Browns last month, it was clear watching Roethlisberger move around that something was definitely wrong. Many attributed the ailment to the Steelers decline after their 11-0 start, which then saw them lose four out of their final five games.

But the dagger was the loss to Cleveland, which left Roethlisberger in tears and it seems like that may have potentially been his final start in Pittsburgh.

So far, it’s starting to look like the Steelers may be ready to turn the page on their long-time starter if they can’t make the money work.  Reports have indicated that they’re comfortable with Mason Rudolph and the biggest obstacle for Pittsburgh will likely center around their current financial situation, which Colbert also said will play a big factor depending on how much money they’ll have this offseason.  If they can’t make it work, it sounds like they’re willing to move forward with Rudolph.

With Roethlisberger set to carry a reported staggering $41.3 million cap number in 2021, it’s got the Steelers in a tough spot.  Colbert said that if they can’t afford to put talent around him, they may need to move in a different direction.

“Then we’re making guesstimates as to what we can do to put the best team together for our sake and for Ben’s sake,” said Colbert. “What kind of team can he anticipate being around him if we decide we can move forward together.”

Colbert also said of his QB, “Can he still do some special things? Absolutely. Did he do that to his expectations? He would tell you no.”

“Whatever team we come up with in 2021, hopefully, we’re not talking about losing a first-round playoff game.”

Whether or not Roethlisberger will be part of that Steelers team next season could be a different story.  Either way, it seems like Roethlisberger could be yet another big name added to the list of QBs who could possibly be playing elsewhere in 2021. 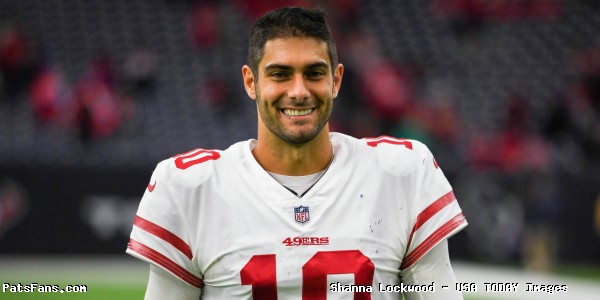 Garoppolo may not be going anywhere.

3) Meanwhile, I took some time and listened to a recent episode of “Candlestick Chronicles”, a podcast with local 49ers reporters Chris Biderman and Kyle Madson, to get a feel for what the take is out in San Francisco surrounding the future of Jimmy Garoppolo.

One thing that was interesting appears to be the stark contrast in opinions about what the future holds for their quarterback.

The thing that was notable was the fact the consensus seems to be that Garoppolo’s not going anywhere, especially given all the other needs they have to fill.  The only question might be how Kyle Shanahan may alter how Garoppolo is used next season, which could center on the future of free-agent fullback, Kyle Juszczyk.  According to Biderman, depending on what happens there, it could affect how the offense runs with Garoppolo in 2021 as they try to make him more efficient throwing the football.

“It could be something where Kyle Shanahan decides, ‘OK, all right, we’re going to lose our fullback but now we’re going to open up the playbook in a different way and open up the playbook and start creating more options for Jimmy Garoppolo and not rely on the running game as much, and not rely on playaction out of big sets and all that stuff,” said Biderman.  “I think that’s on the table.  I haven’t heard that that’s happening, but I think it’s on the table.”

Biderman went on to point out one key thing in the remainder of his analysis, saying that he believes that the notion of Garoppolo leaving is happening everywhere outside the Bay Area, and not from anyone who covers the team on a regular basis.

“If you do bring back Jimmy Garoppolo, which I think you and I think is the most likely scenario – and just as an aside, it seems like everybody who’s disconnected from the 49ers believes the 49ers are getting rid of Garoppolo, and everybody who covers the team or talks to anybody with the team, they all sort of believe that Jimmy Garoppolo is coming back, which is an interesting dichotomy that I hope people are paying attention to – if Garoppolo comes back, it might be that you maximize him by getting the ball out of his hands quickly with multiple receiver sets instead of some of these longer developing plays with play-action and things like that.”

Needless to say, that was an interesting bit of information that gives you some perspective on how things are being viewed out there.  That sort of gets back to a previous report that essentially said the only way Garoppolo would go anywhere would require San Francisco to receive a substantial upgrade at the position.  Without that, it doesn’t appear that they plan on making any changes.

4) Meanwhile, on the other QB front, Carson Wentz hasn’t moved despite the fact other reports that said a deal for the quarterback was coming, with one team potentially being the Chicago Bears.

However, according to some reports, it sounds like Wentz also has an interest in potentially landing in Indianapolis, with the Colts also reportedly in the mix for his services.

The problem seems to be that the Eagles started with a “sky-high ask” and don’t appear willing to budge, while the Colts also appear dug in with what they’re willing to give up.  This appears to be where Wentz’s leverage comes into the mix as apparently wherever he goes, it has to be somewhere he’s willing to play.

The Bears are reportedly also trying to figure out if Chicago is somewhere he’d even be willing to consider, which is another dynamic that seems to be in question.

So that situation seems stuck in neutral and until someone blinks, Wentz remains a member of the Eagles.

5) The Patriots continued looking at draft prospects, with Justin Melo of The Draft Network reporting on Tuesday that the team met virtually with University of Buffalo RB, Jaret Patterson.

Patterson is an athletic player, rushing for over 1000-yards in each of his three seasons.  He rushed for 1072-yards on 141-carries and scored 19 touchdowns last season.  What’s most impressive about that stat line is he did all of that in just six games as he averaged 7.6 yards-per-carry.

According to Dan Fetes out of Rochester New York, Patterson was first contacted by the Bills, prior to the interest the Glendale, Missouri native received from the Jets, Chargers, Titans, Chiefs and the Patriots.

ADDITIONAL NOTES: 49ers defensive back Richard Sherman looks like he’ll be playing elsewhere in 2021.  With the 49ers still trying to figure out their finances, Chris Biderman reports that Sherman is unlikely to return next season.  “It was an incredible chapter in my career and I got to meet and play with some incredible human beings,” said Sherman. … NFL Network reporter Tom Pelissero reported on Wednesday that Clemson QB, Trever Lawrence, underwent surgery Tuesday night on his left non-throwing shoulder and the procedure apparently “went great”.  The soon-to-be rookie reportedly had the surgery early to give him enough time to be ready for camp and is expected to be 100% by then … One name that popped up during a search on Wednesday is Caleb Farley, who is a defensive back out of Virginia Tech.  Farley is a terrific talent and he’s expected to be an early-round pick.  The Fighting Gobbler, a publication that covers the Hokies, believes that the Patriots could be among teams interested should they deal Stephon Gilmore prior to the draft but he may never reach them based on a couple of mocks I’ve seen.  He’s been predicted by a couple of analysts to be selected by the 49ers with the 12th overall pick. The Patriots currently hold the #15 overall selection in the first round of the 2021 NFL Draft.

By: Ian Logue
Some quick New England Patriots news and notes on this Wednesday.
16 hours ago