2 years ago at 9:40 am ET
Follow @IanLogue
Posted Under: Patriots Rumors 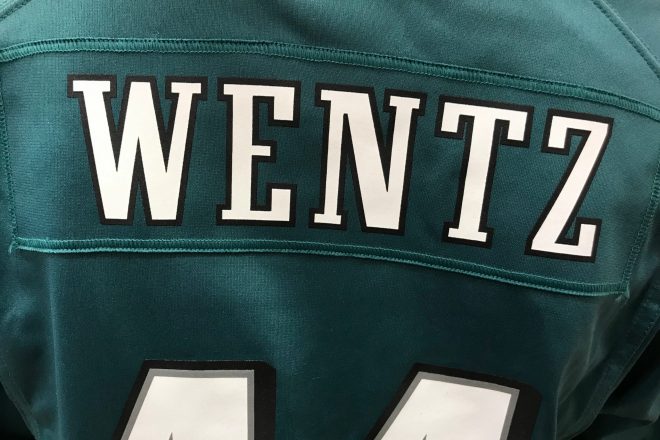 With Carson Wentz’s future in Philadelphia still up in the air, it appears we’re getting a little closer to finding out where he could end up.

As it stands right now, it sounds like the Chicago Bears seem to be the front-runners, although Indianapolis is also said to be in the mix and that appears to be Wentz’s preferred landing spot.  However, the Bears seem to be the team that wants him the most, with Albert Breer of Sports Illustrated saying in a recent podcast with Colin Cowherd that head coach Matt Nagy believes they can get the best out of him.

“I do know that there is a feeling inside the building from (general manager) Ryan Pace, the coaching staff, (head coach) Matt Nagy, John DeFilippo, their pass-game coordinator who got two of the best years out of Carson Wentz in 2016 and 2017 as his quarterback coach, they believe mechanically they can fix him,” said Breer via CBS Sports.

“I think the issue right now, is where Carson Wentz wants to go. I think it has become pretty clear he’d rather go to Indianapolis. I think part of it now for the Eagles is if our best return right now is Chicago over Indy, then we need to convince Carson Wentz this is the only place you are going, and you need to buck up and accept this and realize the Bears are going to give you a good chance.”

According to CBS Sports’ Jeff Kerr, Indianapolis reportedly offered a package that included two second-round draft picks.  However, the Eagles are reportedly seeking at least one first-round selection, which appears to be something the Bears are willing to give.

Meanwhile, one team that’s out of the running is the Broncos.  Denver Channel 7 reporter Troy Renck recently reported that the Broncos “are not in on Wentz” but plan on pursuing Deshaun Watson if Houston does decide to entertain trade offers for the disgruntled quarterback.