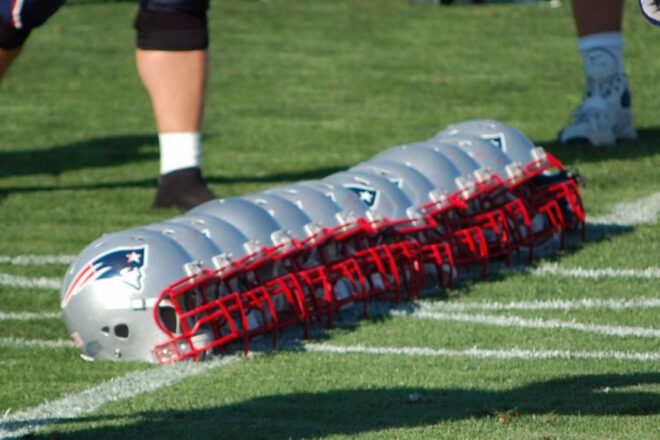 Good morning, here is your Sunday Patriots news 02-28 and AFC East notes this week. It is hard to believe that we’ll be in March tomorrow. That means that free agency is right around the corner and the NFL Draft is right after that.

With that in mind please check out our draft profiles as we inch closer to the 2021 NFL Draft.

Russell Wilson: The Patriots, not surprisingly, were not on Wilson’s list of four teams (Dallas, New Orleans, Las Vegas, and Chicago), that he would accept a trade to. However, if the Seahawks did indeed trade Wilson, then it would potentially open up another QB that isn’t currently on the market.

While I still doubt that Seattle will move on from him, Wilson could, like Deshaun Watson is attempting to do, force his way out of town. And in doing so, he could conceivably help the Patriots in their search for a new QB. Of course, Seattle would be looking for a QB in return for their starter…

However, for the sake of discussion, a trade to Dallas would then make Dak Prescott available, where it is expected Dallas would tag and then trade him. A trade to the Saints would make Jameis Winston available, although how attractive he’d be to the turnover averse Bill Belichick would be debatable.

Las Vegas is already set (according to most analysts) to be parting ways with Marcus Mariota and a $10.5 million salary. But, one would have to assume that Derek Carr would be part of the compensation for Wilson…right? Seattle doesn’t have a 1st round draft pick, they have the 56th pick. Las Vegas has #17, and it is doubtful that a QB will still be available…so Carr would probably be at least a bridge QB in Pete Carroll’s offense.

In Chicago, Mitch Trubisky is a free agent, (See Winston/BB), with Nick Foles, and I would believe he’d be low on the Patriots’ wish list. But stranger things have happened.

Julian Edelman – The news, thus far has been far from favorable for the Patriots’ long-time wide receiver. Edelman wants to play in 2021, and is still rehabbing from his knee injury and surgery. But according to NFL.com’s Ian Rapoport, “My understanding is he does want to play in 2021… that’s not the important thing. The important thing is, is his knee going to be healthy enough to play? He is still rehabbing, he is still recovering, still trying to see if he’s healthy enough to be out there for the 2021 season. No decision has been made yet on which way that’s going to go.”

Dont’a Hightower, Pat Chung, Marcus Cannon: The big three of opt-outs for the Patriots in 2020 are all reportedly returning in 2021. Hightower would immediately upgrade a linebacker position that was badly in need of depth in 2020. While the Patriots drafted Kyle Dugger in 2020, Chung’s return would allow them to move Dugger around a bit, but he is the future. Cannon is set to make far too much money in 2021, and with the ascension of Justin Herron and Michael Onwenu, he may find himself cut to save a lot of money in cap space.

4th & 2 Podcast – If you haven’t checked out our PatsFans.com podcast, “Patriots 4th & 2” in a bit, please check it out. Russ, Derek, and I recorded a podcast a couple of weeks ago (hopefully we’ll get back together soon) and talked about the Super Bowl, the Belichick-Brady silly debate, and had the great Patriots historian Bob Hyldburg Jr. aka @BobtheStatman on the pod to talk about his latest book.

The Patriots are in dire need of wide receiver help in 2021 and should add at least two quality players at the position this spring.  They will have the opportunity to use the draft, free agency, or a combination of both to retool the position. We’ve reported repeatedly the need for a QB first, but assuming they have a plan (and are successful), then comes the next domino, the wide receivers.

We’ve been listing some draft names to keep an eye on, and there will be more to come, but free agency will come before the draft, so we’ll start there.

Here’s a listing of some of the top WRs in this year’s free agency class.

I think the first four guys on the list will be way-too overpriced for the Patriots to be serious contenders for their services. But what about AB? Brown is 33 and left New England under a contentious cloud. But his numbers in just eight games translate to 90 catches, 966 yards, and 8 TDs.

So who do we feel here are A. realistic and B. a good fit for the Patriots? Glad you asked.

Corey Davis: The former 1st round pick (#5 overall), has never lived up to his draft position but has been a solid performer regardless and is just 26. The Titans last year declined their fifth-year option and Davis responded with his best year with 65 catches, 984 yards, and 5 TDs.

With the Patriots’ run-heavy offense, Davis could be in-line for a big year as he could work on single coverage and find some wide-open spots in coverages. However, plenty of teams will be vying for his services, and he won’t come bone-cheap.

Curtis Samuel: The young (24), wide receiver was the third WR for the Panthers in 2020. And yet he produced 77 catches, 854 yards, and 3 TDs. He added 200 yards rushing with 2 TDs. He brings speed, play-making ability, and versatility to the table, two things sorely lacking in the Patriots’ offense.

Working with Josh McDaniels, I could see Samuel having a huge role with the offense. Much will depend on the QB and the compensation, but if they could convince him to sign in NE, he would be a great fit.

Sammy Watkins: The Chiefs WR is 28, and has never been a #1 and wouldn’t be in New England, however, if they can sign an upper-tier guy, Watkins who was injured much of 2020, would be a nice depth piece, much like he was used with the Chiefs.

He’s not going to break the bank, nor should he but he’d bring the speed element that is missing. Like Davis and Samuel, with a run-heavy offense, it would open up big chunks of real estate for him to operate in.

Dave Ziegler Taking Over From Nick Caserio Is No Easy Task:

The Patriots lost Nick Caserio to the Texans this winter, and his shoes will not be easy ones to fill. Caserio was the Patriots’ Director of Player Personnel as well as Bill Belichick’s most trusted deputy. He would even throw to WRs in practice when needed.

Now, Ziegler, who was the assistant to Caserio for the past eight years has been tossed into the deep end of the pool. But he is seemingly not only accepting the challenge…he is heading into it with vigor.

Ziegler spoke with Patriots.com Megan O’Brien and had some interesting comments about the upcoming free agency period, the team’s cap space, and his assistants who are now gathering more responsibility.

“It’s been fun, and it’s been challenging,” Ziegler said… Luckily for me, the support here within the scouting department from people like Brian Smith and Steve Cargile, Eliot Wolf — I could keep naming people, but we have so many good people here that offer support, that have the experience, that it’s made the transition pretty seamless.

“And it’s exciting. A new challenge, more involvement, being able to lead more people and hopefully have a greater impact is something that we all strive for in our careers.”

“I think having cap space gives you flexibility,” Ziegler added. “There aren’t a whole lot of teams at this point that maybe have a lot of cap space, so I think having that flexibility, it just opens up options for you. And I think that at the same time, there’s still a responsibility to spend those dollars wisely.”

By: Robert Alvarez
| Patriots Video
Since the conclusion of last season, New England Patriots linebacker has been spending a lot of time in New Hampshire. For most this offseason, Winovich…
3 days ago

VIDEO: Behind The Scenes With The Patriots 2021 Draft Class

By: Robert Alvarez
| Patriots Video
Check out behind-the-scenes footage from the 2021 NFL Draft featuring the Patriots draft selections.
3 days ago 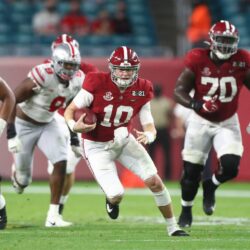 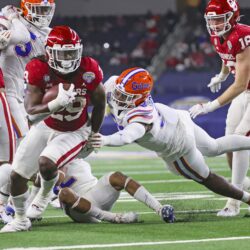