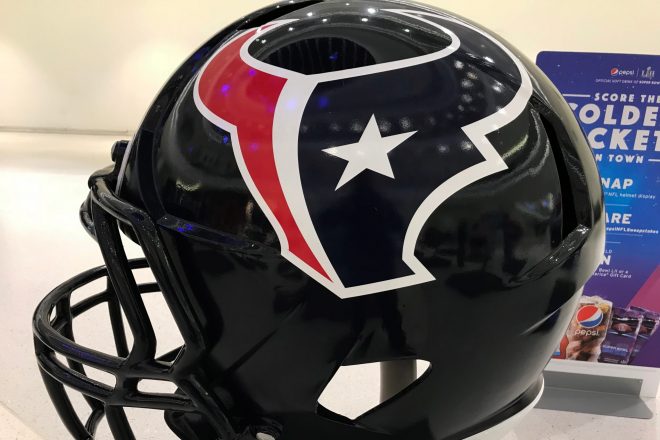 It appears changes are coming in Houston and one big domino definitely fell on Friday.

According to multiple reports, Texans star defensive end, J.J. Watt, has been released by the team.

Houston reportedly granted his release at Watts’ request, ending the tenure of the former first-round pick.

Watt posted a video via Twitter about the move and looked emotional as he said goodbye to his fans.

“I have sat down with the McNair family and I have asked them for my release and we have mutually agreed to part ways at this time,” Watt said via ESPN. “I came here 10 years ago as a kid from Wisconsin who’d never really been to Texas before. And now I can’t imagine my life without Texas in it. The way that you guys have treated me, besides draft night. I mean, you guys booed me on draft night. But every day after that, you treated me like family. And I truly feel like you’re my family.”

Where he goes next is now the big question, with some wondering if he’ll join his brothers out in Pittsburgh.

Immediately after his announcement, his younger brother Tweeted out what appeared to be a request for him to join him.

For now, it’s a move that’s certainly worth keeping an eye on. The veteran will likely be looking to play for a team he believes gives him the best shot at a title, with the Steelers among teams that would make sense. Others could include the Bills or the Packers.

It definitely ends an impressive tenure in Houston for Watt, who was originally selected #11 overall in the 2011 draft by the club. The 31-year-old finished with five sacks, two forced fumbles, and an interception he returned for a touchdown in 2020.