Scott played three of his eight NFL seasons with the Patriots after joining the team in 1986 following a trade from Kansas City during training camp, where he spent the first five years of his career (1981-85). Scott played in 25 games with two starts for the Patriots during his three seasons (1986-88) and caught 14 passes for 84 yards and one touchdown.

At the time of his passing Scott was battling heart issues, according to The State, he was in need of a heart and kidney transplant. He was 61 years old.

Also on Monday, news of Marty Schottenheimer’s passing made its way around the NFL community following complications from Alzheimer’s disease. He was 77 years old.

Following his dismissal from the San Diego Chargers in 2007, Schottenheimer’s coaching career concluded with 205 career total victories, with his 200 regular season wins placing him seventh on the all-time list. 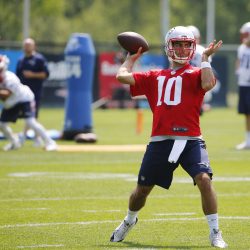 Patriots News and NFL Notes: 5 Things to Know For 5/10 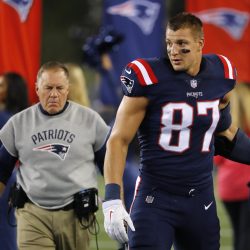 By: Steve Balestrieri
| 2021 Patriots Offseason
Good morning, here is your Sunday Patriots news 05-09 and AFC East Notes this morning.  Happy Mother’s Day to all the great moms who give…
2 days ago

By: Robert Alvarez
| Patriots Video
Since the conclusion of last season, New England Patriots linebacker has been spending a lot of time in New Hampshire. For most this offseason, Winovich…
4 days ago

VIDEO: Behind The Scenes With The Patriots 2021 Draft Class