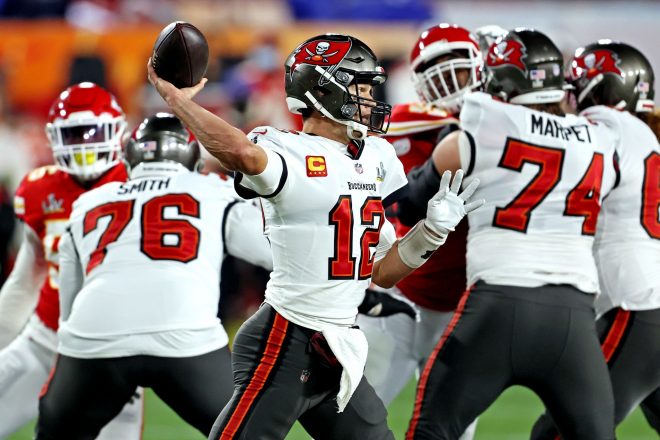 When you’re the greatest of all time, you drive in style.

Buccaneers quarterback Tom Brady brought his own boat to the team’s boat parade on Wednesday as the team celebrated their Super Bowl championship in front of fans down in Florida.

The Super Bowl MVP was spotted driving his own boat during the event, with fans cheering on the man who helped bring another title to their franchise.

So Brady not only brought his own new boat, he’s driving it. Power move. pic.twitter.com/ivdFarMTr9

Tom Brady acknowledges the Bucs crowd from his boat. pic.twitter.com/db9IuSu40u

Brady recently purchased the $2-million vessel, which ended up being good timing as the quarterback received a floating police escort in front of thousands of fans who stood on shore cheering on what turned out to be a beautiful afternoon down in sunny Tampa, Florida.

The Wajer 55S 55-foot Dutch yacht was purchased by Brady and his wife, Gisele Bundchen back in December and named, “Viva A Vida”, after the supermodel’s charity.  At the time, the foundation announced a plan to plant more than 200,000 trees in Brazil’s rainforest.

Needless to say, it ended up being a purchase that worked out quite well on Wednesday.