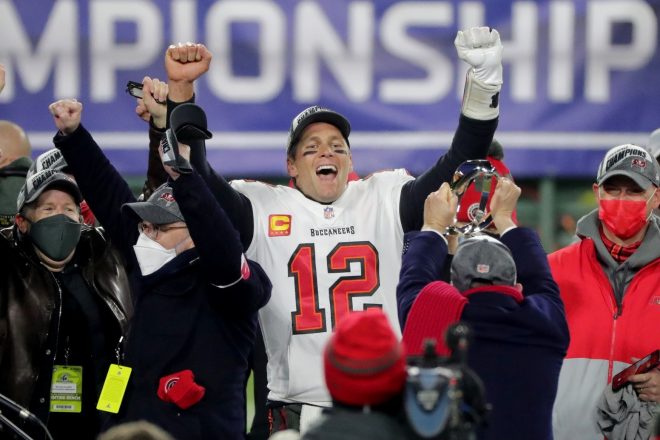 Yet that’s something the Kansas City Chiefs have a chance to do this weekend, which would make them the first team since the 2003, 2004 Patriots to accomplish that feat.

Getting back to the big game is in and of itself, a significant accomplishment and now Tom Brady is all that stands between separating New England and the Chiefs from an accomplishment that they currently hold as being the last franchise to pull it off.

Former defensive end Willie McGinest knows how special what they did really is.  After New England didn’t even make the playoffs after winning their first Championship to cap off the 2001 season, McGinest told NFL.com that getting back and winning it all two-straight years was definitely a challenge.

“You have to remember that we didn’t make the playoffs in 2002, the season after we won Super Bowl XXXVI,” McGinest said via NFL.com.  “So after the ’03 Super Bowl, we understood how hard it was to get back to it and that nothing we had just accomplished would translate over to the next year.”

That philosophy worked, as the team went out and put together another strong regular season that earned them a bye, followed by three-straight wins, the final of which put them in “Dynasty” status after not only winning back-to-back titles, but it was also their third championship in four years.

For now, Brady has an opportunity to win his 7th championship and put the Chiefs back to the drawing board in terms of consecutive titles.  While not all Patriots fans may be happy to see him playing this Sunday, that fact alone should give them a good reason to hope he can pull it off and keep Kansas City from equalling that historic accomplishment.

By: Ian Logue
Some quick New England Patriots news and notes on this Wednesday.
10 mins ago