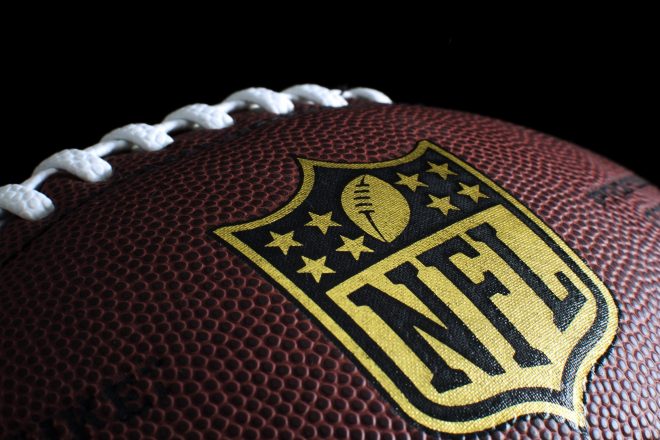 Some thoughts coming off of Day 2:

1) It’s amazing how names you’ve never heard of before suddenly emerge as legitimate players after the Senior Bowl practices.  One such player is Quinn Meinerz from D3 Wisconsin –Whitewater.  Some scouts were comparing him to DK Metcalf who emerged from the Senior Bowl as a top prospect.  Metcalf would conduct his post practice interviews shirtless, showing off his cut torso and six pack abs.   Meinerz is very noticeable for an O lineman in his half shirt showing off his midriff.  What a site of his belly hanging over his pants.  He looks 6 months pregnant.  Don’t laugh … he is blowing people away here.  At RG he completely collapsed the DL to his left for a big gain.  He is playing OC too, a position he has never played.  In comparison to Tampa Bay starting LG Ali Marpet, who played in this games several years ago, Meinerz is much further advanced.  Marpet played at D3 Hobart.

2) Speaking of Centers, this is the best draft I have seen for quality OC.  With the uncertainty of David Andrews (UFA) and the age of backup James Ferentz (32) the Patriots need a Center.  Many of these Centers can play up and down the line like Rimington Award winner, Landon Dickerson from Alabama and Ben Cleveland from Georgia.  Cleveland weighed in at 354 lbs at 6’ 6” with an estimated 40 time under 5.2.  Cleveland is cut without an ounce of fat.  He could easily move to OT if needed.  I’m predicting this will be another draft where you will see the Patriots take three O lineman.

3) If an NFL team was looking for a FB, Ben Mason 6’2” 256 lbs 4.76 (est 40) is your man.  He has shown up very well in practice with hard hitting blocks, well run pass patterns and excellent hands.  Respected Michigan Defensive Coordinator Don Brown even used him at DE.  This leads me to think Mason should switch to ILB.  He would be one of the biggest at the position.  He would have the height/weight ratio the Pats like for the position as well as the speed.  He likes to bang already and plays special teams.  Perhaps a conversion like a former patriot who originally wore number 45?  That number would also allow him to play fullback without having to report in.  Answer at the end.

4) Kyle Pitts (TE, Florida) is getting lots of press for his catching ability and speed, while also being criticized for his inability to block.  Kenny Yeboah (TE, Ole Miss) is exactly the same thing.  They both are WR playing TE.  If it’s Travis Kelce you want at the TE position, then these are your guys.  On the other hand Hunter Long, (TE, Boston College), has received rave reviews.  His blocking has been good and scouts are surprised at his speed.  He has consistently been getting open and making the catches.  He has helped himself this week.

5) Michael Carter (RB, North Carolina) had a reputation coming into Senior Bowl week as being an excellent receiver out of the backfield.  He has come as advertised.  However, the pass blocking drills have exposed his weakness, he cannot pass block.  Kylin Hill (RB, Mississippi St) ran for 1350 yards in 2019 and sat out 2020 due to COVID.  Hill was at the center of the controversial Mississippi state flag which was the Confederate flag.  He had threatened not to play if the flag wasn’t changed.  The 5’10’, 210 RB has looked good especially in the route running, catching and pass blocking.

6) Thomas Graham (CB, Oregon) has stuck like glue to receivers down in Mobile.  Dwayne Eskeridge has said that Graham has been the toughest DB to play man to man. Graham opted out of 2020 and needed a big week here to re-establish himself.

7) Aaron Robinson (CB, Central Florida) is a transfer from Alabama that plays primarily the slot corner position.  He is 6’ 190 lbs and usually bigger than his opponent, but has the quickness and physicality to stay with them.  The scouts take on him varies from an early Day 2 selection all the way to late Day 3.  He has performed well so far.  The game may be the ultimate test for him.

8) The scouts loved whenever Florida St DT Marvin Wilson came up against Grambling’s OG David Moore.  They said it was like two rams locking horns.  If Moore stalemated Wilson, as reported, then that was a win for Moore.  Wilson has been compared to Aaron Donald for his quickness from the DT spot.   Moore was voted captain and team MVP.  He played on a mediocre Grambling team in 2019.  Grambling cancelled to 2020 season due to COVID 19

10) Shi Smith (WR, South Carolina) is another quick off the line slot receiver.  He made a couple of highlight reel catches that definitely got him noticed.

11) Several Edge players are having outstanding practices.  Quincy Roche (Edge, Miami) is beating lineman with strength not just speed.  Carlos Basham (Edge, Wake Forest) has it all going on.  He had 19.5 sacks and 33.5 tackles for loss in 31 games for the Demon Deacons.  However in 2020 his production was stunted to only 5 sacks in 7 games (that is all they played).  He was constantly double teamed.  He shrunk from the Wake Forest Press guide from 6’5” to 6’3.3” but his weight is up from 275 to 281.  Look for him to have a big game Saturday.  Pittsburgh has two Edge players worth mentioning, with Patrick Jones II being the one that’s been impressing me.  At 6’4” 250 lbs he runs a 4.83 40 but it’s his tremendous first step that impresses.  Lets see how he holds up against the run on Saturday.

Lots of injuries this week … too many to list, so a lot of players will get extra opportunities to showcase their talent.

Finally a Patriots related story from Tampa Bay Bucs General Manager Todd Licht, a former Patriots scout.  When asked about Brady and the drafting process, He said the Patriots had him ranked as a Third round prospect.  Bill really liked him.  This reminds me of what Steve Mariucci said during the ESPN 30 for 30 documentary about the Brady 7.  I’m paraphrasing, the Patriots shouldn’t get all the credit for drafting Brady, they passed on him 5 times like all the rest of us.

– Amari Rodgers WR Clemson made several tough catches in short area goal line situations.  He is the nephew of college coach Tee Martin, the former Tennessee QB, and one of the Brady 7!

– Tedy Bruschi originally wore #45 as he made the transition from College DT Pass Rush champion to ILB.

– Scouts lie – Tampa Bay Bucs WR Scotty Miller wasn’t invited to the combine.  He did a Pro Day and really impressed with his speed.  His 40 time was listed at 4.39.  The scouts on hand had him at 4.36.

– On the NFL Network’s coverage all week of the Senior Bowl practices, Carolina Defensive Coordinator Phil Snow was asked if he had found another Jeremy Chinn like they did in last year’s Senior Bowl.  He calmly responded, “ I wouldn’t tell you if I did”.

By: Mark Morse
Shame that such a strong effort ends up with the Patriots coming up short.
9 mins ago