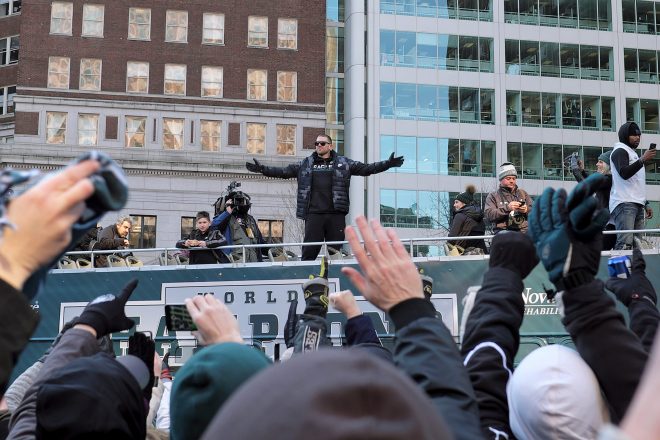 While the Patriots have two young players in Dalton Keene and Devin Asiasi, it looks like there could be a veteran tight end potentially available this offseason if New England decides to try and acquire one.

Tony Pauline of ProFootballNetwork.com, reports that it sounds like the 2020 season may have been the last one in Philadelphia for tight end Zach Ertz.

Pauline said he’s heard that the veteran’s days with the Eagles appear to be over.

“I was told unequivocally today that tight end Zach Ertz will not play for the Philadelphia Eagles next year,” writes Pauline. “There appears to be some hard feelings how Ertz, a big contributor to the team during their Super Bowl run, was treated last season.”

Pauline goes on to say, “Rather than cut Ertz, expect the Eagles to try and trade him. Ertz has two years remaining on his contract.”

The 30-year old Ertz played in 11 games last season, catching 36 passes for 335 yards along with a touchdown.

By: Robert Alvarez
Patriots officially announce the hiring of Bill O'Brien as the offensive coordinator and quarterbacks coach for 2023.
21 hours ago

By: Robert Alvarez
Rob Gronkowski shares his thoughts on the Patriots bringing back Bill O'Brien to run the offense and voices his excitement and optimism.
21 hours ago

By: Ian Logue
Quarterback Bailey Zappe got a little love from his hometown recently, with the former Victoria, Texas East High School signal-caller reportedly set to see his…
2 days ago
wpDiscuz