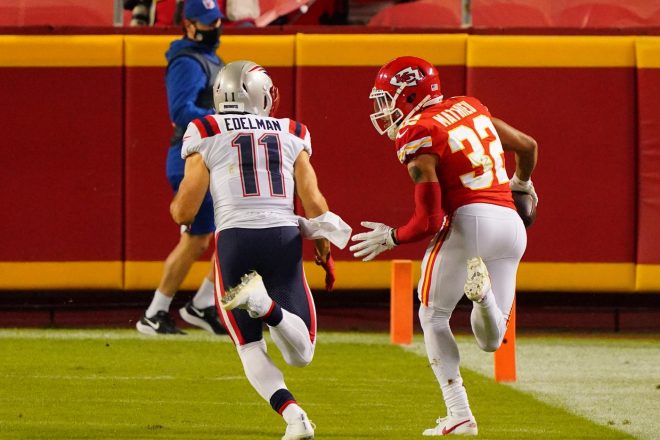 On Monday night, Tampa Bay Buccaneers quarterback Tom Brady continued his funny, self-deprecating humor on social media when he tweeted out a photo of himself and Drew Brees in a mock promotion ad for their upcoming divisional playoff game as old men about to face off on the History Channel.

“History awaits”, the promo read as an impressive photo edit gave both Brady and Brees gray beards and hair.

Fast forward to today, Julian Edelman caught wind of the tweet and immediately made a witty joke of his own, referring to both athletes as “Ice Road Truckers”, in reference to a show actually on the History Channel.

Is this on before or after the new Ice Road Truckers?@TomBrady @drewbrees https://t.co/qDxzMn8ZlX

Tom Brady will look to punch his ticket to yet another conference championship game when his Buccaneers take on the New Orleans Saints in New Orleans next Sunday night.

The game will officially be the oldest quarterback matchup in NFL history as the 43 year old Brady squares off with the soon-to-be 42 year old Brees. (His birthday is Friday)

Last week, Brady became the oldest quarterback to ever start a playoff game during the wild card round against Washington.