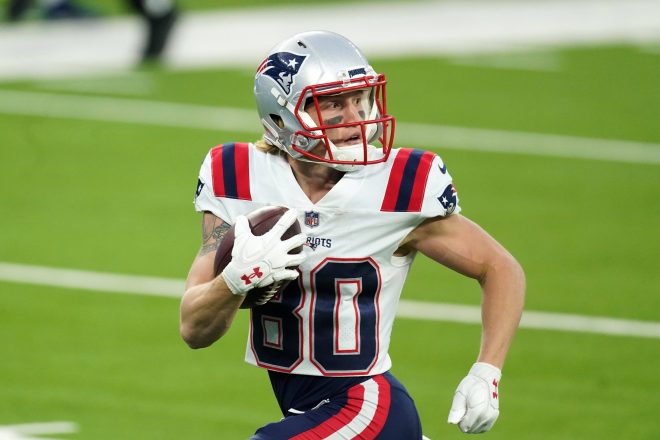 Well, THAT was unexpected. The Patriots dominated in all three phases of the game en route to a 45-0 pasting of the LA Chargers on Sunday afternoon.

In our pregame matchups and keys to the game, we wrote that Special Teams could play a significant role in this week’s game. Los Angeles has been awful on STs and on Sunday, it wasn’t an exception. In fact, they may have been at their worst all season.

After an impressive opening drive touchdown drive by the Patriots with Cam Newton finishing it off with their first score of the game, the Chargers answered with an impressive drive of their own, but it was snuffed out by a Deatrich Wise Jr. sack of Justin Herbert on 3rd-10. Michael Badgley attempted a 46-yard field goal that he pushed wide to the right. That was the first of several blunders for LA on special teams.

There were at least four more key special teams plays, all made by the Patriots, all pooched by LA.

Where have you been hiding, Gunner Olszewski? In the past two weeks, the Patriots’ second-year returner has erased 10 weeks of frustration. He was all over the field on STs, even in coverage. And to make his afternoon complete, he came on the field with Jarrett Stidham in garbage time and snagged a 38-yard touchdown pass reception.

The Patriots’ defense turned in their best performance of the year. They held the Chargers to zero points and got a great deal of pressure on rookie QB Justin Herbert. They sacked him three times, got 11 QB hits, and intercepted him twice. Herbert was just 26-53 for 209 yards (3.9 yard average) with 0 TDs and 2 INTs for a QB rating of just 43.7. The Chargers came into the game with the #2 passing offense. That is a great job overall defensively.

Stephon Gilmore had another strong game, helping limit Keenan Allen to just 5 catches for 48 yards on 11 targets. After last week’s strong performance on DeAndre Hopkins, Gilmore is stepping up his game down the stretch.

I continue to love what I see from Damien Harris. Harris helped set the tone on the Patriots’ first drive and ended up with 80 yards on 16 carries. He runs hard and has excellent vision. He was rested for much of the second half as Sony Michel got some valuable work in. Michel added 35 yards on the ground and made a nice catch and run of 23 yards.

Cam Newton did a great job of managing the offense and his passing was very conservatively based but the team was in control and he handled the offense just fine. He finished 12-19 for 69 yards with 1 TD and 0 INTs. Newton added 48 yards on the ground and two touchdowns. Josh McDaniels called a strong game and kept the Chargers guessing.

Newton and McDaniels also got N’Keal Harry involved in something other than a 5-yard cross or slant. They actually got him down the field and used his size to high-point the ball, which was his strength coming out of college. He caught a touchdown pass, his second one of the year. And hopefully, the beginning of a bit more of that.

The Patriots got off to a fast start and were up 21-0 late in the first half when the Chargers kept calling timeouts and got the ball back with about a minute to go. They made it to the Patriots’ side of the field and attempted a long field goal on the last play of the half. That’s when their special teams, or lack thereof, took a big 21-point deficit and made it 28 at the half.

The offensive line did a great job of clearing the running lanes against a defense that knew they were going to run the ball. The Patriots ran the ball 41 times for 167 yards before two Stidham kneel-downs.

With the win, the Patriots are back to .500 at 6-6.  They’ll remain in LA and play on a short week against the Rams on Thursday night. The Rams looked impressive in handling the Cardinals on Sunday afternoon. The playoff hope is still a sliver, everyone above them won today, but they’re still alive.

Anthony Lynn has to be on thin ice and his decisions at the end of the game won’t bode well for his future. Leaving Herbert in the game down 45 points late in the game and continuing to throw the ball when he was getting hammered was questionable at best. He is their future and how silly would it have been to get your QB injured during bad situational football late in the game.