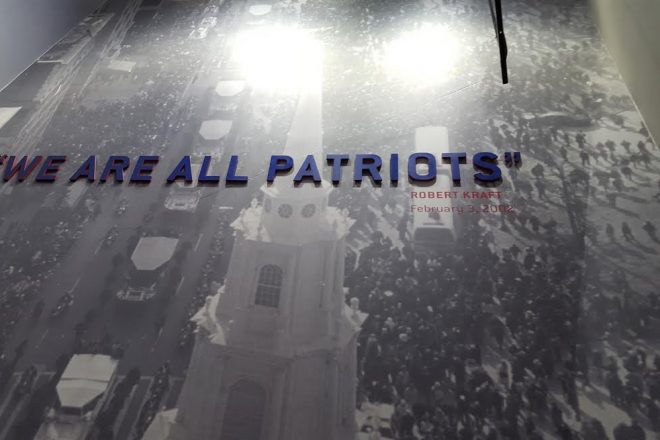 On Thursday, the New England Patriots Hall of Fame released its All-Dynasty Team roster but curiously left off one of their Super Bowl MVP’s.

During the Patriots run to a second Super Bowl title in 2003, Branch led the team with 57 catches for 803 yards and caught 10 passes for 143 yards and a touchdown in the Super Bowl. On the game-winning drive, Branch’s 17-yard catch helped set up Adam Vinatieri’s field goal to seal the win.

A year later, Branch tied a Super Bowl record with 11 catches for 133 yards as he earned MVP honors and the Patriots repeated as champions, the last team to do so.

During the Patriots’ Divisional playoff loss to the Denver Broncos, Branch had 8 catches for 153 yards, including a former career-long catch of 73 yards.

Through his two stints with the Patriots, Branch hauled in 328 receptions for 4,297 yards and 24 touchdowns.

Despite all the regular and postseason success, Branch was not selected to the All-Decade team.

On Twitter Wednesday, Branch reacted to the news with a series of facepalm emoji’s and the hashtag #wow.

According to a report by WEEI in Boston Friday, Branch’s exclusion from the team was an “unfortunate mistake” per the Executive Director of the Patriots Hall of Fame Bryan Morry.

Branch will indeed be included among the honorable mentions for the Patriots All-Dynasty Team moving forward, was well as part of the exhibit at the Hall of Fame per WEEI.

In the end, a well-deserved honor for Branch after all.