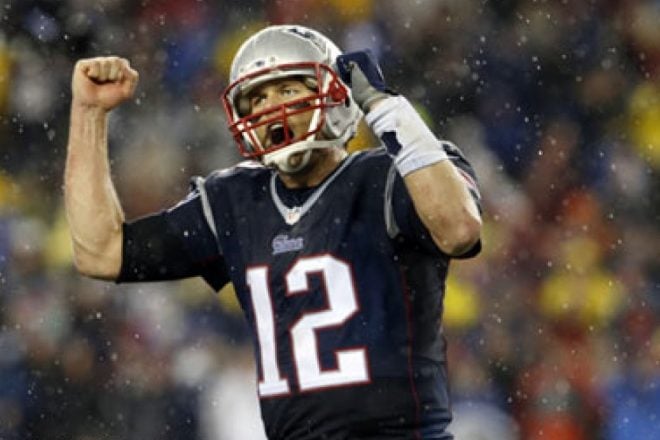 October 13th, 2013 will always have a special place in the hearts of Boston sports fans.

Seven years ago today became known as “comeback day” in New England when both the Patriots and Boston Red Sox pulled off improbable wins within hours of each other.

Lets begin our reminiscing late in the fourth quarter at Gillette Stadium that Sunday afternoon.

With 3:29 remaining, Drew Brees and his New Orleans Saints had just taken a 24-23 lead after completing a 34 yard touchdown pass on a third and 20.

A Garrett Hartley 39-yard field goal would then push the Saints lead to four just before the two minute warning.

The Patriots would get the ball back with 1:13 to go and no timeouts.

Needing to go 70 yards downfield, Tom Brady did just that.

Brady would find undrafted rookie Kenbrell Thompkins from 17 yards out at the buzzer to stun the Saints.

The win kept the Patriots from losing two straight games after an ugly showing against the Cincinnati Bengals a week earlier.

Relive the whole drive courtesy of the tweet below.

October 13, 2013: Down four to the 5-0 Saints w/ no timeouts & 1:13 to go in the game, @TomBrady drives the Patriots down the field and throws the game-winning TD to Kenbrell Thompkins with five seconds left. pic.twitter.com/VnpDWYlAlN

Of course this blog wouldn’t be complete without the memorable 985 The Sports Hub call of the touchdown featuring Scott Zolak’s emotions running wild.

After the Patriots victory, the Red Sox carried the momentum into the night against the Detroit Tigers in game two of the 2013 American League Championship series.

Like Brady earlier in the day, Boston’s other cornerstone franchise player came up huge in the clutch.

Trailing 5-1 in the bottom of the eighth, David “Big Papi” Ortiz crushed a game tying grand slam with two outs.

The Red Sox would go on to win in extra innings, preventing a Tigers 2-0 series lead.

In sports, the difference between ecstasy and agony is usually about one inch. pic.twitter.com/MunSHXkIxy

Sunday was an amazing day to be a Boston sports fan. Congratulations to the @Patriots and @RedSox on epic comeback wins.